It looks like LEGO Star Wars: The Skywalker Saga dethroning (if only for a moment!) Elden Ring from its Steam throne was no accident. Studio Traveller's Tales and Warner Bros. have announced that the newest installment of the LEGO Star Wars series has already sold 3.2 million copies. Bearing in mind that it's only been sixteen days since the game's release, this should be seen as a huge success. 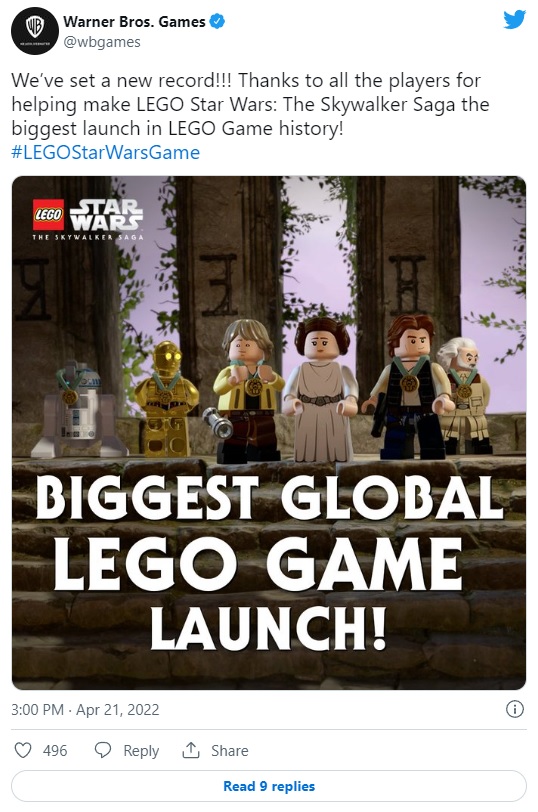 Its scale is best reflected by the fact that it is the best launch in the history of all LEGO games. And there have been quite a few them - after all, over the years brands such as Pirates of the Caribbean, Jurassic World, Harry Potter, Batman or Lord of the Rings have seen their brick renditions. Thus, it can be concluded that the Force is exceptionally strong in Star Wars.

It is also worth mentioning that Traveller's Tales and Warner Bros. have announced Troopers Pack, which is a set of stormtrooper skins for LEGO Star Wars: The Skywalker Saga. You can take a look at them below. Unfortunately, we don't know when the new skins will hit the game (available, by the way, on PC, PS4, PS5, XOne, XSX/S and Switch).