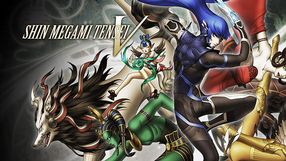 A jRPG for the mobile platforms. The game belongs to the renowned series Shin Megami Tensei. The title uses solutions known from the console entries in the series.

Shin Megami Tensei: Strange Journey Redux is a remake of Shin Megami Tensei: Strange Journey, a game that was released in 2009 for Nintendo DS. Just like the original game, it was developed by Atlus. Developers implemented some audiovisual tweaks and changes (improved facial expressions, dialogues are now fully voiced). User interface and gameplay mechanics were also improved. The game now offers three difficulty levels and the possibility of saving the game anytime we want to. Strange Journey Redux also has an additional ending connected with the new character named Alex. Shin Megami Tensei: Strange Journey Redux is a dungeon crawler. As we play, we explore dungeons and take part in battles with demonic enemies. While in combat, we rely on the individual abilities of demons we capture. Our job is to explore the unknown world that can be accessed through a portal opened in the South Pole and stop the invasion of demonic creatures that came out of it.

A two-dimensional platform game that is part of the promotional campaign for Shin Megami Tensei: Strange Journey Redux. The players assume the role of a cold demon Jack Frost and they travel through various locations while facing challenges and hordes of enemies. The game features some RPG mechanics.

Another installment of the popular series of jRPG games based on books written by Aya Nishitani. The title was produced and released by Japanese studio Atlus. Shin Megami Tensei IV: Apocalypse takes the player to ruined Tokio of year 2030 in which armies of demons are fighting the angels. The player assumes the role of a warrior who after dying comes back from the afterlife as a servant of deity Dagda. The resurrected warrior can tame demons and force them to fight on his side. The player travels through three-dimensional locations presented by using third-person perspective. On his way there are NPCs with whom he can talk and there are monsters to defeat. The battles are turn-based and they take place on special arenas. During the encounters, the player is accompanied by one of seven companions and by three demons out of more than 450 available. These creatures can be combined in order to obtain a more powerful unit. Shin Megami Tensei IV: Apocalypse offers three-dimensional anime-styled graphics. The gameplay is accompanied by heavy, climatic music. 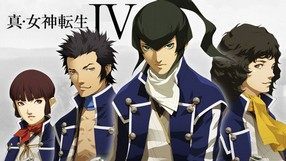 Japanese RPG is a side game in relation to the cult cycle Shin Megami Tensei. The action takes place mainly inside the virtual world, used for trading in human souls. The game is about controlling the team of heroes while exploring the underground and fighting enemies. An important part of the game is the system of summoning demons.

Shin Megami Tensei: Devil Summoner - Raidou Kuzunoha vs the Soulless Army is a Japanese RPG, which is a spin-off of the bestselling Megami Tensei series. The title character is a young man Raidou Kuzunoha, assistant to private detective Shouhei Narumi. The action takes place in Edo, i.e. in the former Tokyo.

Shin Megami Tensei: Digital Devil Saga 2 is a continuation of the popular Japanese RPG title. Maintained in manga climates production came out of the wings of programmers from Atlus company.

Three-dimensional RPG with turn-based combat system. The plot of the game places the action in an apocalyptic Tokyo post, full of demons, spirits and occultism.