Shadowrun: Hong Kong is a cRPG game with a turn-based combat system from Harebrained Schemes  the team responsible for the two previous installments of the cycle: Shadowrun Returns and Shadowrun: Dragonfall.

The title transports the player into a fascinating vision of the future, which combines cyberpunk and fantasy elements. The campaign mode takes place in the city of Hong Kong, in the year 2056; the metropolis is an oasis of political stability and prosperity in the Shadowrun universe; however, the outer districts of the giant town are amongst the most dangerous places in the world. The storyline revolves around the final stage of a thirty year old conspiracy, in the centre of which lies a mysterious, dark power infesting everything around it with pure evil. It is our task to stop this dreadful force. To accomplish that goal we are given control over a group of shadowrunners, mercenaries, who, if offered enough money, are willing to take on any contract. Completing the main story takes several hours, but we can also significantly prolong our playthrough by finishing numerous side quests.

The mechanics of the newest installment of the series have been based largely on the solutions from Shadowrun Returns; the game is an isometric cRPG, in which we command a small team of soldiers and fight in turn-based battles. The advanced class and character progression system has also been included; however, the developers have introduced some major changes in comparison to the previous productions of the Shadowrun saga. First of all, the UI has been significantly simplified, offering, e.g. the possibility to manually activate the turn mode or the opportunity to decide which member of our team will gather the resources scattered around the level; an expanded Matrix system is also one of the new features, offering the player a cyberspace, by means of which he can influence the real world.

Shadowrun: Hong Kong has extremely attractive graphics, with cartoonish 2D backgrounds and 3D character models; the overall visual quality has been significantly improved in comparison to the previous installments of the series, the levels have also been made larger and filled more densely with various objects.

This guide for Shadowrun: Hong Kong is a comprehensive source of knowledge both for players for whom this is the first time with the game, as well as for the ones for whom it is a continuation of the game. 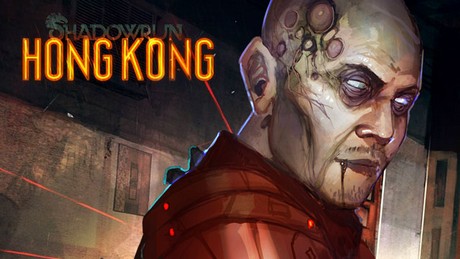 Shadowrun: Hong Kong review  a step in the right direction

It seems that the developers from Harebrained Schemes actually did their homework, because Shadowrun: Hong Kong turns out to be significantly better than Shadowrun Returns.

Shadowrun: Hong Kong is getting released today. The third standalone Shadowrun game from Harebrained Schemes again takes us to the cyberpunk universe to tell a brand new story.

Shadowrun: Hong Kong is getting an extended edition

The team behind Shadowrun: Hong Kong is busy with other projects, but they're still getting us an extended edition of the game. Five hours of additional content plus audio commentary is definitely convincing to get us back to the game... and it's free!