In a few months, players from all over the world will collectively move to Night City  the futuristic city where the action of Cyberpunk 2077 will take place. Long before its release, the latest game by CD Project RED captured fans of interactive entertainment with the promise of an absurdly expanded world, a multi-threaded and exciting storyline, an insanely wide character development system and - of course - the possibility of working with one Keanu Reeves. Expectations for the upcoming project of the studio from Warsaw are so high that we ourselves have occasional doubts whether the developers will deliver. But since we're talking about the same team that brought us The Witcher 3, we're preparing for a really special adventure.

Cyberpunk - a subgenre of science fiction in a dystopian futuristic setting that tends to focus on a "combination of low-life and high tech" featuring advanced technological and scientific achievements, such as artificial intelligence and cybernetics, juxtaposed with a degree of breakdown or radical change in the social order. 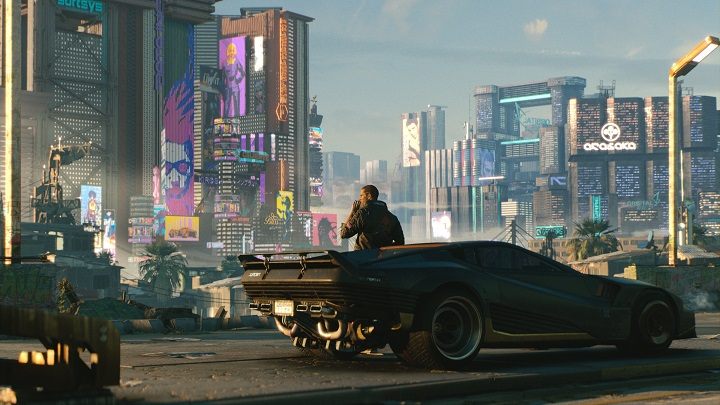 Cyberpunk has been experiencing a renaissance of late, and the upcoming CD Projekt RED's production has a good chance of becoming the pinnacle of this trend in the field of interactive entertainment.

However, the game will not debut until November, after being delayed twice. Some gamers would probably like to get a closer look at the cyberpunk aesthetic that characterises CD Project RED'S work. To make it easier for you, we've compiled five mandatory books, films, bands, and games each, based n this subgenre of science fiction. Of course, there will be no shortage of classics that probably all of you know  but I think you will also find a few cyberpunk-inspired proposals, albeit one that doesn't cling to the mainstream. So every reader should come across something they have never heard of  something we sincerely hope for.

On each page of this text, we propose one thing to play, one to watch, one to read, and one musician worth listening to.

What to play: Observer 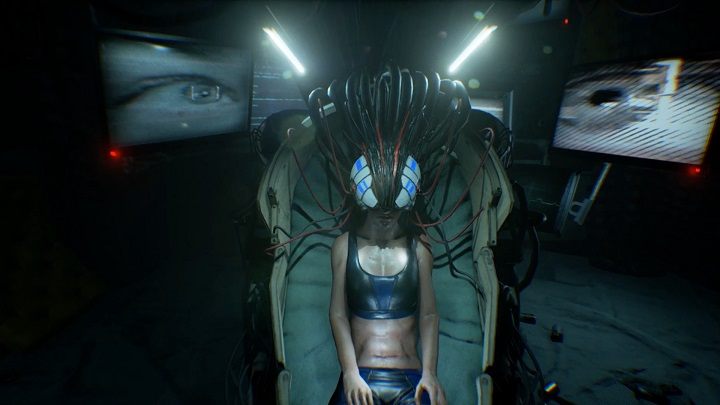 Observer neatly combines the dehumanization of a futuristic world with psychotic visions.

The work of the Bloober Team from Krakow, Poland may not be revolutionary in its gameplay  it's a relatively simple psychological horror in which we explore locations and interact with other characters and objects. What makes the game different from the competition is its incredible atmosphere. Observer claims to draw on a cyberpunk aesthetic: there are lots of neon advertisements, world-ruling corporations, and streets perpetually hidden in the twilight ... Even the protagonist - Detective Daniel Lazarski - speaks with the voice of Rutger Hauer, known for his role as the leader of the replicants in the Blade Runner. But that doesn't mean that it's a mix of all the genre's clichés.

Observer adds sleazy blocks with scratched walls that display ads, retro-style machinery, and a "cyber-communist" vibe to the districts. This is the perfect background for the monstrous visions that we, unfortunately, have to face every now and then  because our job as the titular Observer is to connect to other people's nervous systems and face their worst nightmares. 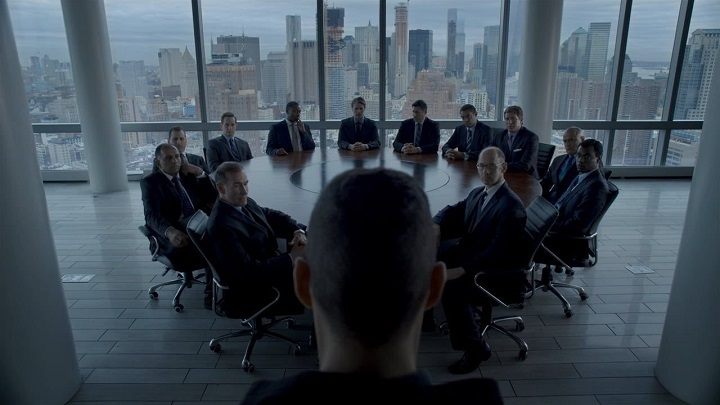 With each subsequent season, Mr. Robot moves away from the unsettling realities of today towards a bleak vision of the future.

Four seasons of Mr. Robot  though they don't follow the path of Blade Runner and Neuromancer - are an absolute treat for cyberpunk fans. Sam Esmail's show abandons the aesthetic typical of this trend, as the neon-lit city gives way to contemporary streets and the empty space - accentuating the loneliness of the characters. For the creators of Mr. Robot the most important are issues such as isolation in an internet-connected world, corporate omnipresence and global conspiracies, excessive trust in digital reality, loss of one's own identity, and manipulation of society. The main character is a group of hackers with a particularly shaky moral compass.

In many ways, this is a show depicting the beginnings of cyberpunk reality. For this purpose, Esmail himself uses his extraordinary directorial artistry (it is hard to find anything in today's TV with an equally expressive style), constant atmosphere of paranoia and references to current events: the activities of the Anonymous group, climate change or the economic rivalry between the United States and China. Unlike many other productions that use cliches from classics of the genre, Mr. Robot brings a lot of freshness to it.

Some readers  probably quite a lot of you  will soon wonder why there is room for Mr. Robot, and not for 2018's Altered Carbon. The answer is simple: Netflix's production, while undoubtedly well-played, brilliantly shot and styled to perfection, offers Cyberpunk lovers few novelties. It's  at least in my opinion - a celebration of aesthetic that replicates most of the cyberpunk's clichés: a neon-lit city made up taken straight from Blade Runner, cybernetic implants, advanced artificial intelligence, and a morally ambiguous protagonist... In a word: there's nothing here that we haven't seen yet. Mr. Robot, on the other hand, doesn't fit into the classic framework of the genre and tries to show something new  and that's why it's more interesting.

What to read: Do Androids Dream Of Electric Sheep?

The genius of literary science fiction, Philip K. Dick, sadly missed out on seeing the first Cyberpunk cinematic image  Blade Runner hit the big screen a few months after his death  but the writer chipped in into the genre anyway. The vision depicted in Do Androids Dream Of Electric Sheep? of a conflict-ravaged world, in which the most important indicator of humanity is the care of an artificial animal and the participation in empathetic séances, in which the difference between humans and androids created in their likeness is completely blurred, where the rich live in abundance in space colonies, and the sick and poor rot on irradiated Earth, was a major source of inspiration for Ridley Scott. And while it's not a full-fledged movie adaptation  because the two works are more different than similar - without elements from Dick's book, it's hard to imagine Blade Runner would have been created. In the end, both the original and the movie, despite their differences, focus on one crucial question: What is the determinant of our humanity?

What to listen: Gesaffelstein

The recent artistic achievements of the French DJ and producer have lost some of the predilection of his previous works, so if you want to know Gesaffelstein from the strongest side, it is worth taking a look at his first singles and album Aleph. That's where you'll find tracks that would be equally suited to a shady club from the near future, as well as gunfights with groups of thugs equipped with state-of-the-art implants.

This mix of synthwave, classic techno, and industrial music has a kind of under-the-radar brutality, best highlighted by the powerful drops that follow deceptive moments of silence. Despite its clear, dynamic rhythm, it's a work at which, due to its pervasive dark halftones, it's hard to dance - but you can't turn your back on its vibe. All the more so, it is a shame that Gesaffelstein has in recent years turned more towards a mass audience, collaborating with a number of pop stars and losing the confrontational, unflattering nature of his earlier works. Fingers crossed he will still return to the dark side of the Force.

WHO WILL SING FOR KEANU?

In addition to the classic soundtrack produced by Marcin Przybylowicz (yes, the same one who composed the soundtrack to The Witcher 3  genre spin by 180 degrees!) Cyberpunk 2077 will feature songs by the fictional band Samurai, whose frontman is portrayed by Keanu Reeves' - Johnny Silverhand. And unfortunately, we have to warn you right away that the actor will not be singing in the game  although he reportedly expressed this desire because he was a member of an amateur band in his youth. However, the developers bet on a Swedish punk rock band - Refused. Among others, the band recorded the song Chippin' In, which we hear at the end of one of the trailers. The band's commitment to creating music for Cyberpunk 2077, certainly won't end there. We also know that by driving around Night City, we will be able to listen to ten different radio stations playing various genres of music.