Yakuza Kiwami 2 for PS4 is an expanded remake of the second entry in the Yakuza series. The saga is especially popular in Japan. The original version debuted on PlayStation 2. The developers of the remake used the original plot, but used a new engine and improved mechanics. The game was created and published by Sega.

Yakuza Kiwami 2 for PS4 takes place one year after the events presented in first Yakuza and in its remake Yakuza Kiwami. The players assume the role of Kazuma Kiryu, an ex member of the Japanese mob. This time he is trying to lighten the conflict growing between two hostile clans  Omi and Tojo  after one of the Tojo leaders was murdered. Kiryu is trying to prevent an open war on the streets.

Yakuza Kiwami 2 for PS4 is an action adventure game that features great freedom of movement. The action is presented from a third-person perspective. The structure of the game can be compared to the Grand Theft Auto series, although these similarities could be deceiving. Yakuza Kiwami 2 has more in common with games like Mafia and even Shenmue  it is a much more linear game focused on storytelling.

It doesnt mean that player has nothing to do except for pushing the story forward. The players can explore large locations based on the city of Tokyo. They are filled with various activities like karaoke, casinos and arcade cabinets. In the dangerous alleys, the player can frequently encounter enemies that can be defeated by using a spectacular combat system based on four different styles. The combat style was taken from Yakuza Zero, another entry in the series.

Yakuza Kiwami 2 for PS4 is powered by the same engine as Yakuza Zero. This means that the graphics are of noticeable higher quality than in original Yakuza 2. Face movement animations are especially worth praising. Combined with high-quality dubbing (both Japanese and English versions are available) they create a unique tone of the game.

Thanks to the ESRB database, we've learned that a port of Yakuza Kiwami 2 is coming to PC. The game is a remake of the second installment of Sega's popular franchise. 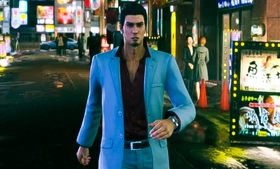 Sega informed that at the end of August it will announce the next installment of the Yakuza series. This will be the first game of the main series, whose main character will not be Kazuma Kiryu.