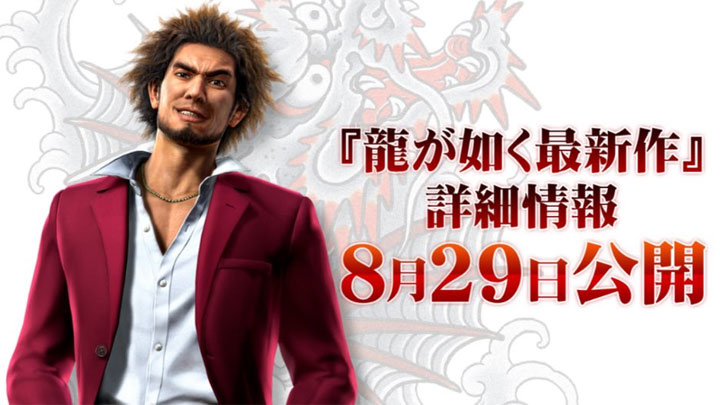 The protagonist of the next part of the cycle will be Ichiban Kasuga.

We have known for a long time that Sega is working on the next installment of the Yakuza series. Now we have finally found out when the project will be revealed. The devs informed that the game will be officially announced on August 29, this year.

We don't know much about production yet, except for the fact that this time the main character will not be the protagonist of the previous installments, Kazuma Kiryu, because his story ended in Yakuza 6: The Song of Life. He will be replaced in the role by Ichiban Kasuga, who has already appeared in the spin-off Yakuza Online. He's a 40-year-old gangster who recently released from prison after 17 years.

We also know that Eri Kamataki will play the lead female role. She was selected in large-scale castings with more than a thousand candidates. The next ten finalists were chosen from this group, and the judge during the final competition was Kazuhiro Nakaya, an actor who will play Ichiban Kasuga.

New Yakuza will definitely debut on PlayStation 4. We expect it to hit PC in the future, but it's possible that we'll wait a long time for it. Sega is so satisfied with the results of PC versions of the earlier installments of the cycle that it considers the franchise as multiplatform. However, Yakuza 3, Yakuza 4, Yakuza 5 and Yakuza 6: The Song of Life are yet to be available on PC, so it is possible that the publisher will first want to port the remaining parts of Kazuma Kiryu's adventures to computers before switching to Kasuga.