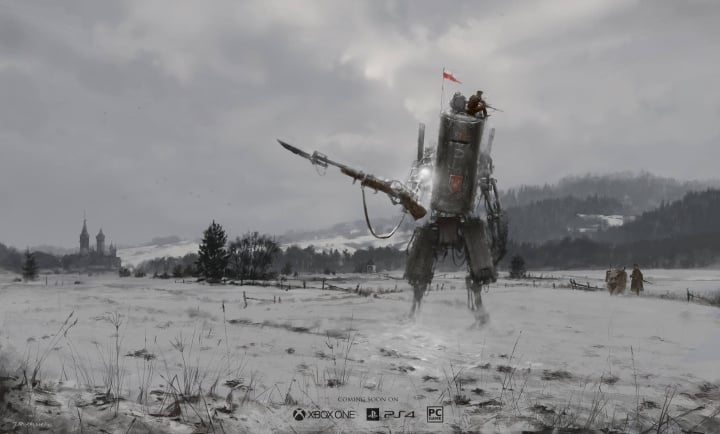 The 1920+ universe is getting its own video game.

Imagine the 1920s in Europe, with farmers, peasant clothing, cavalry and giant mechs in the background. This is the world of 1920+, a dieselpunk universe invented by a Polish concept artist Jakub Rozalski. His works, available at Art Station, inspired a board game called Scythe, which was succesfully funded on Kickstarter and is due this fall. But thats not all. The author of the universe has just announced that a video game set in the world of 1920+ is soon coming to PC, PlayStation 4, and Xbox One.

This will be something more than just a video game adaptation of the board game  according to Rozalski himself, its a whole new product. Unfortunately, we have no information on what kind of game it is going to be, neither do we know its title or developer. Kotaku claims that this may be something between RTS and RPG, but there is no telling for sure. Well be back on the topic as soon as we know more about the project. In the meantime, you can admire some concept art from the 1920+ universe:

Cavalry next to huge walking machines. 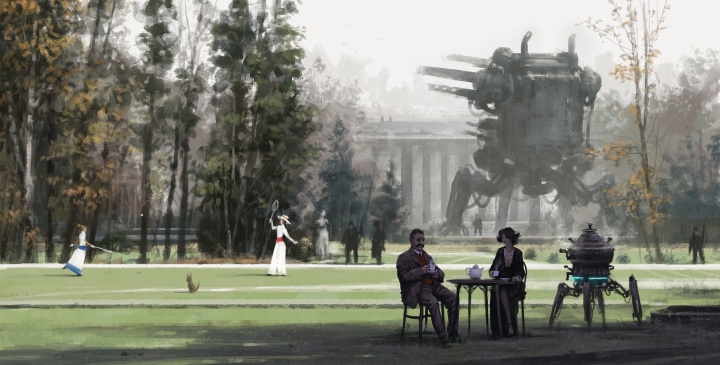 How about an afternoon tea?

No one seems to care about that huge mech strolling about.
video gamesdieselpunk 1920+ Jakub Różalski PCPS4XONE

Steam achievements for The Witcher 3: Blood and Wine revealed