Iron Harvest launched on PC on September 1. However, its devs, the German studio KING Art Games, do not slow down and announce that in the coming weeks their work will regularly receive packs of new content (via PC Gamer). What attractions are they preparing for us? Mainly a co-op mode and new maps for PvP. Below is the official infographic with descriptions.

Let's start with the fact that in the second week after the game's release (i.e. between September 7-13) we will receive a full-fledged co-op mode, thanks to which we will no longer be forced to play solo in story campaigns. Apart from that, the 3v3 mode will get a new map. The third week (September 14-20) will bring a 2v2 mode map and a glossary. In the period September 21-27 we will also receive a ranked mode and the option of automatic use of skills by units, while week number 5 (September 28 - October 4) will be marked by one more map - this time for 1v1 mode.

Although Iron Harvest has launched on PC, it is also coming to PlayStation 4 and Xbox One, where it will appear next year. The game has launched to relatively high ratings from the industry media. You can read our review here. 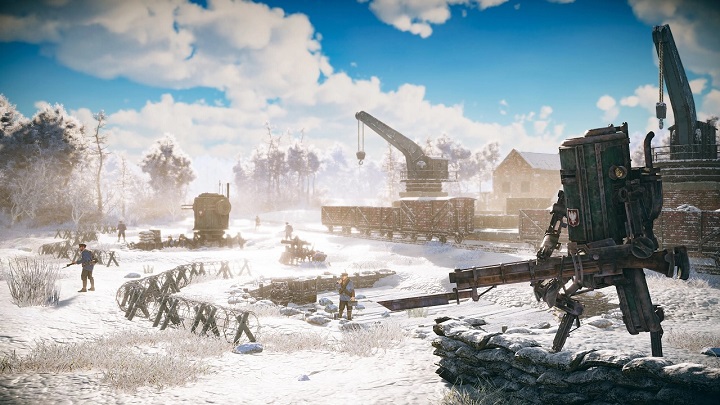