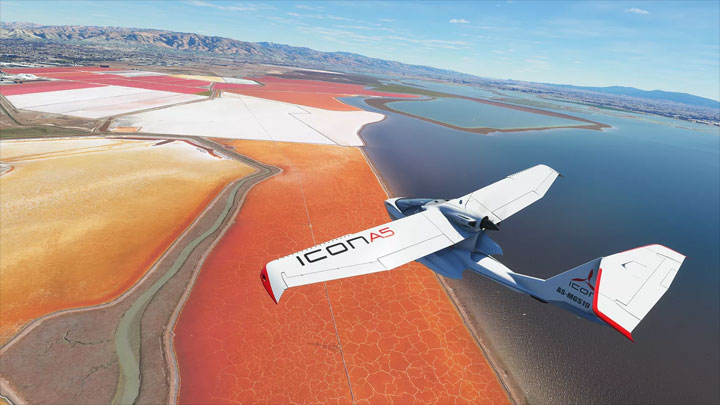 New video material from Microsoft Flight Simulator, the next installment of the classic series of civilian flight simulators, has been uploaded to the web. The video lasts almost 30 minutes and shows extensive gameplay fragments.

Gameplay has been recorded on the pre-alpha version of the game, so there are still many things that need to be changed. However, the production already looks excellent and the material gives a good idea of the direction in which the project is heading.

What delights the most are the visuals, especially the detail of the surroundings. The game will offer a virtual version of the whole world. Of course, the creators will not recreate reality by hand. Instead, they rely on data collected for maps for the Bing search engine.

During the game, data will be downloaded as necessary from the servers. There was no other way out, because, as the devs explain, to store all the data that will be used by Microsoft Flight Simulator would require twenty thousand Blu-ray discs. Developers will implement a system of downloading some surplus of files to make it easier for people with slow connections to play, but they do not hide the fact that players with fast Internet will see nicer visuals, especially if they decide to play in 4K resolution.

Microsoft Flight Simulator is coming to PC and Xbox One. The launch is scheduled for next year. The game will also be available as part of the Xbox Game Pass service.

On the official website, registration for the Insider Program is still in progress. Players are selected from among the participants of this initiative to test the early version of the game.