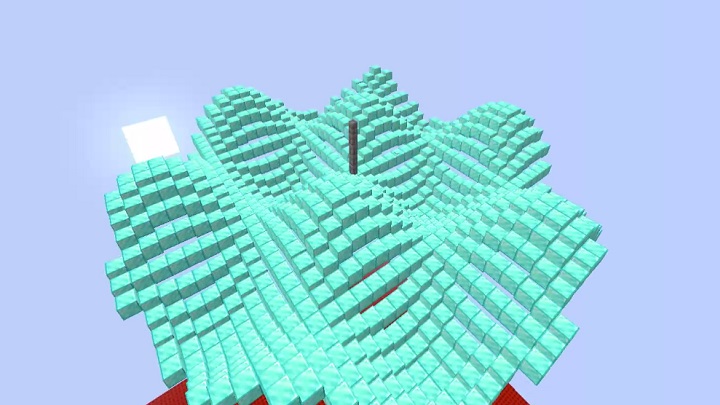 Minecraft fans always have something to surprize us.

Minecraft players have accustomed us to the astonishing projects created in this popular sandbox. The city of Khorinis from Gothic II or Hogwart's evolving into a full-fledged RPG is just a modest example of creativity of the game's fans. Sixteen-year-old Reddit user Hanmango_kiwi decided to do something different. He created a giant graphic calculator in the game. So far, we have rather dealt with school/scientific calculators (see MaxSGB's work from seven years ago). Here, on the other hand, we have a tool to draw mathematical function charts in two and three dimensional space, in real time. You can watch the effect on the video below.

The designer admits that he has not completed the project and that it lacks certain elements (for example, support for absolute values) and the maximum supported value is 21474836.47. Nevertheless, the tool handles many functions well. The creator also managed to ensure that dividing by zero does not cause - as the Internet wants it - the end of the world. If you want to check out hanmango_kiwi's work, the user has shared a file for download in the description of the above video. We may be wondering what the next impressive achievement of the Minecraft community will be.