Although Harry Potter is one of the most recognizable franchises in the world, the last game set in the world of the little wizard aimed at a major platform was released in 2013. Although it possible that in the near or far future we will get a new AAA title from the famous universe, so far we have to settle either for an older games or projects prepared by fans. The team at Floo Network has been working on one of them for almost five years now. Its name is Harry Potter RPG and it will enable us to play as a student of the School of Witchcraft and Wizardry in Hogwarts in Minecraft. Below you can see the latest trailer of the mod.

The beginnings of Harry Potter RPG were quite modest. Originally, the team from The Floo Network simply wanted to recreate the places known from the book and film saga about a teenage British magician in Minecraft. When this was achieved, it was decided to go even further and fill the locations with simple puzzles, tasks and magic that are useful for manipulating objects and fighting opponents. The team also prepared objects characteristic of the Harry Potter universe. While traversing Hogwarts, the village of Hogsmeade or London's Diagon Alley we can collect, among other things, wizard cards, potions or everyone's favourite butterbeer. There is also the option to fly on a broomstick. 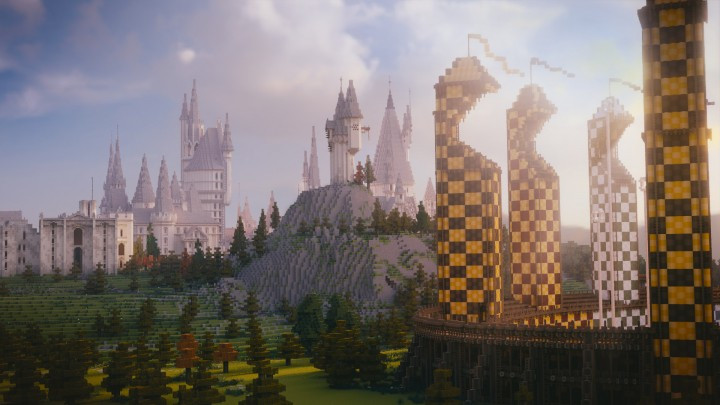 The Floo Network's achievements are impressive.

It needs to be admitted that the Harry Potter RPG mod for Minecraft looks quite impressive. Although theoretically, the map itself (non-final version) working on Java Minecraft v1.12 or 1.12.2 can already be downloaded from here, in the creators latest messsage on Patreon, where you can support the project financially, the creators stressed that for now it is better to wait just a bit longer. Fortunately, there is a chance that the waiting period for the full version of the project will not be particularly long. In the description of the trailers, The Floo Network announced that they plan to release their work before the end of January. Of course, it will be available for free.

Mobile TFT Will Launch in Mid-March