Fans of virtual fighter jets had to wait more than three years from the announcement, but here finally is - Ace Combat 7: Skies Unknown, the next installment of the aerial simulators cycle, cult in many circles, debuted on PlayStation 4 and Xbox One. We would like to remind you that the game by Project Aces, which is published by Bandai Namco Entertainment, is also aimed at the PC. The PC launch is due for February 1st.

On the occasion of the debut a new trailer Ace Combat 7: Skies Unknown was released. You can see it below.

The single-player campaign in Ace Combat 7: Skies Unknown takes us to an alternative Earth, where history has taken a different turn. Although technology resembles more or less ours (with futuristic additions), the political division is at once completely different. As a member of the Trigger squadron, we take part in the war between the Osean Federation and the Kingdom of Erusea. Experienced players will be able to complete the plot in about 10 hours. But if someone wishes to go 100%, then this time is going to be extended to around 50 hours. 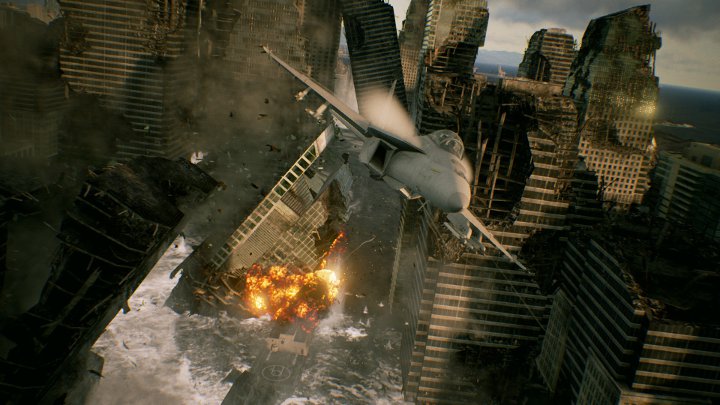 In Ace Combat 7 there is no shortage of scenes straight from action movie.

There are also other modes in the game. Lovers of multiplayer games can test their strength in Deatmatch, both FFA and team, as well as in the Battle-Royale-style competition, during which eight players compete. In addition, PlayStation VR goggle holders have received several exclusive missions in virtual reality.

First reviews of Ace Combat 7: Skies Unknown have already surfaced on the web. They suggest that Project Aces has managed to create a very successful production. On Metacritic, the average rating for the PlayStation 4 version is 81/100 (based on 26 reviews). For most journalists this is the best part of the series since many years. The reviewers praised, above all, the beautiful graphics, and particularly the weather effects, which boost the realism and the drama of the dogfights. Also appreciated was the VR mode (God is a Geek's journalist even went as far as to call it a "new level" for this technology, although it is undoubtedly not intended for people with locomotive syndrome) and the exciting multiplayer. 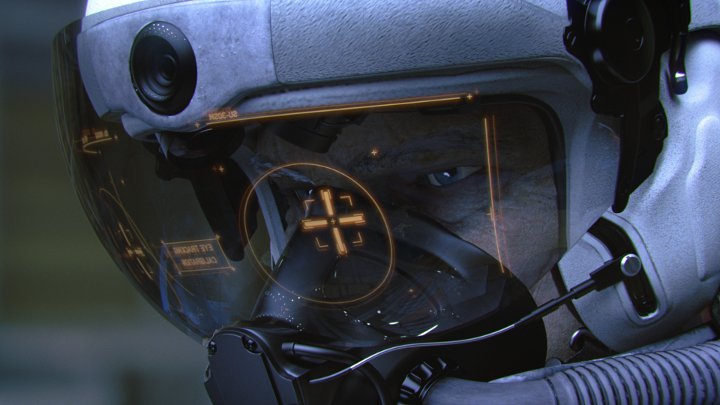 The story told in Ace Combat 7 is not an easy one.

On the other hand, not everyone liked the plot. For many reviewers it has passed the exam, because it allows you to look at the war from different perspectives and give you a sense of being just a cog in a huge machine. However, there are voices that the story is too bizarre and confusing in many moments. Mixed feelings were also aroused by the game. Some journalists describe it as satisfactory and well-balanced. Others complain about its too conservative character, boredom creeping in some places and surges in the difficulty level, which are more frustrating because of a poor checkpoint system.