Finally, we can write it officially: Alan Wake Remastered will debut on PC, PS4, PS5, XOne and XSX|S this fall. Remedy Entertainment, the studio responsible for the game, didn't provide a specific date, as the final works are still in progress. The title is being developed in cooperation with Epic Games Publishing, and as a result, its PC version will be available only on Epic Games Store. At least at the beginning - in 6 or 12 months the title may also appear on Steam. 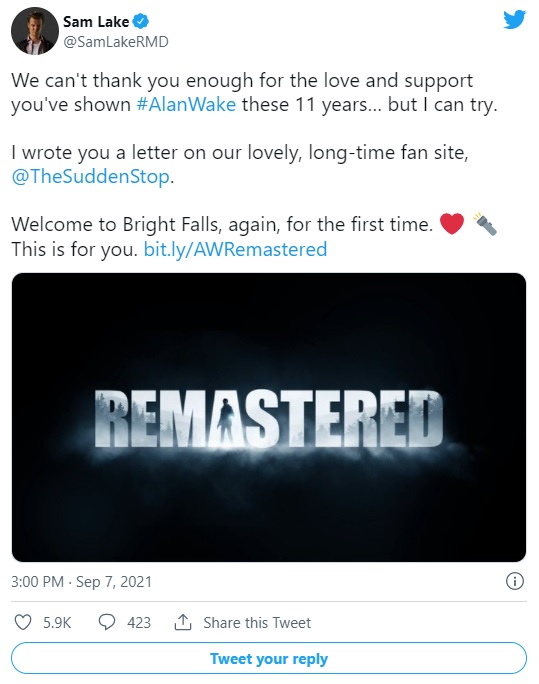 The announcement appeared on The Sudden Stop website, which for years has been the beating heart of the community gathered around Alan Wake. By toding this, the developers wanted to pay a tribute to the players, because without their support the remaster would never have been even considered. And what will it look like? Sam Lake, creative director at Remedy Entertainment, stated in a letter to fans that they didn't want to change the original experience that so many people fell in love with. That's why the focus has been solely on visual effects, including the main character model and cutscenes, and upgraded with "select improvements offered by the new generation of hardware". The full text of the letter can be found here.

This is not the first time that information about an unreleased game has made rounds online long before it is officially announced. It's worth mentioning that according to a leak from a Taiwanese retailer, which we wrote about on Sunday, Alan Wake Remastered is to debut on October 5. Is this going to happen? Remedy Entertainment promised to provide more information "soon". It remains to wait.

PewDiePie and Other Creators Will Appear in Youtubers Life 2