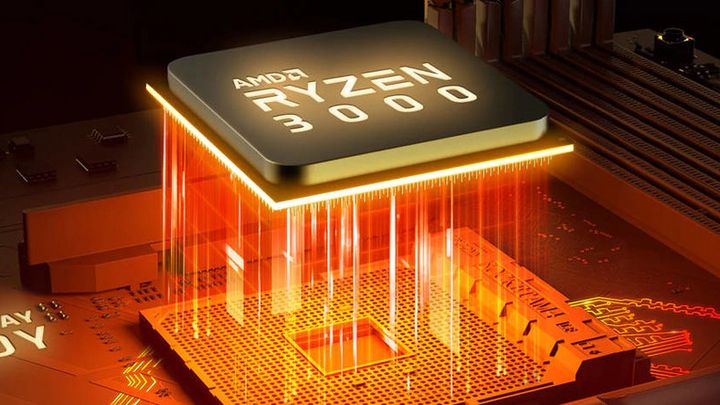 The launch of the Ryzen series - and in particular the great Ryzen 3000 line, based on the Zen 2 architecture - has noticeably improved AMD's situation in the CPU market. Although Intel still holds the dominant position, the share of AMD is still growing. The information appeared in a Twitter post from analyst Patrick Moorhead. AMD shared with him a Mercury Research report on the fourth quarter of last year.

Excellent performance of AMD in 2019

Dr. Lisa Su's company gains in all sectors (the best result is the one covering desktop sets, but the greatest growth was recorded in laptops), reaching a level of market share that it has not experienced since 2013-2014. It is worth noting that this is about the number of processors, not their value (so-called unit share, not dollar share). It should also be noted that growth in the last quarter was slower than in previous years, despite the seemingly well-planned release of the next Ryzen 3000 chipsets and new Threadripper processors, which went into stores before the hot holiday season.

The above data does not include Internet of Things devices and game consoles. Interestingly, it is precisely because of these two sectors that AMD's total market share of all CPUs fell by 0.9% to 14.2% in the last quarter (however, on a year-to-year basis, the company recorded growth - also by 0.9%). Current-gen consoles are based on AMD components, but their sales are slowing down. However, this year we will see the launch of ninth generation platforms, which will also be based on the company's technology. So you can expect them to have even more reason to be happy.

Sales of Ryzen CPU on Amazon

The data are reflected in shop statistics. For example, below you will find the top 10 CPU sales on Amazon. The table speaks for itself.

It should be remembered that this year promises to be very interesting on the processor market. AMD is slowly preparing for the launch of the Ryzen 4000 series, using the improved Zen 3 architecture (first, laptop dedicated units will be launched, and in the following months also desktop products). In turn, Intel is sure to release the Comet Lake-S CPU - another version of 14 nm chipsets. It has been announced that by the end of the year, Intel should also finally be able to handle the 10 nm manufacturing process, so hopefully we will see the first CPUs based on this technology.