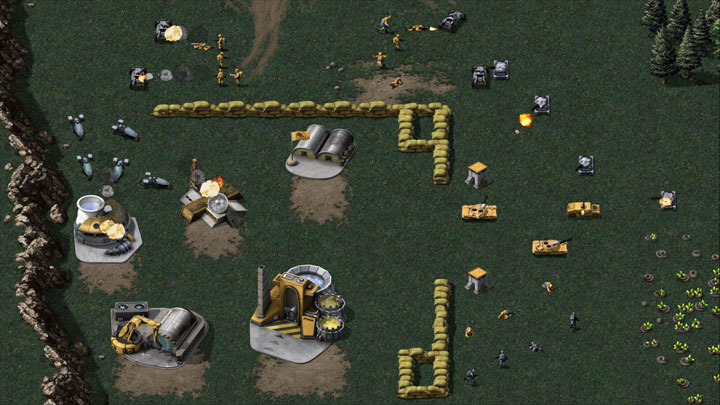 We still don't know exactly when the remasters will go on the market.
MULTIPLAYER IN REMASTERS WILL OFFER:

Until now, the devs had to rely on an early version using placeholder objects, mainly taken from the prototypes. Now that the re-mastered graphics and audio have been fully implemented, testing of both games has become much easier. This enables the developers to more effectively identify the sections that still need to be refined.

The multiplayer lobby will enable us to configure network settings for skirmishes to a large extent.

The changes that are prepared in multiplayer modes are also discussed. Both games will use the new onlie infrastructure prepared by Petroglyph, based on dedicated servers. Players will be able to create their own skirmishes, deciding on maps or starting resources. The creators are going to ask the community's opinion on the options.

In addition, both games will receive a 1v1 quick match mode, where rivals will be selected by means of matchmaking. The results of these clashes will form online rankings. An additional attraction will be the replay system, which will enable us to calmly analyze recordings from all types of skirmishes.

There will also be a spectator mode that enable us to watch other people's battles. All these novelties are elements that fans themselves have asked for and the devs are open to further suggestions from the community.

Unfortunately, we still don't know when Command & Conquer Remastered and Command & Conquer: Red Alert Remastered will be released. Almost certainly, however, this year. The work on the games is already at a very advanced stage, and the series will be celebrating its 25th birthday on September 26 2020, so we wouldn't be surprised if that day was chosen for the release date of the remasters.