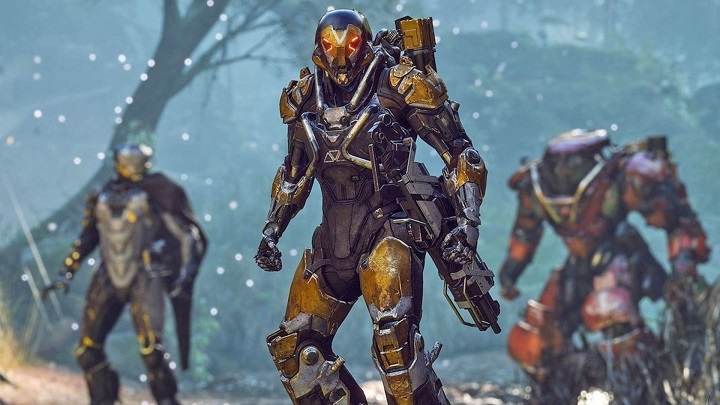 It is possible that in the future Anthem 2.0 will receive a battle royale mode.

Just over a week ago, Christian Dailey, head of BioWare Austin, shared concept arts from the renewed Anthem (also known as Anthem 2.0) on his Twitter profile. We could see the pirate faction and new locations, among others. Under one of the entries, a user asked Dailey if there will be any PvP elements in the new version of the game for players looking for a bigger challenge.

BioWare's employee revealed that developers are now trying out many things, including early versions of battle royale mode for Anthem 2.0 and a mode called "Battlefield". Both of them are of course only available internally for now. The developer also expressed his desire to create a mode where the gameplay would resemble that of the online shooter Tribes.

Players, curious about this statement, who are hoping that Anthem 2.0 will actually receive many new modes, should hold their horses for a while. Dailey pointed out at the end of his statement that such test forms of gameplay are currently not a priority for the developers. However, those who follow what's happening with the game should not be surprised. After all, in May we had the opportunity to learn that the improved version of Anthem is not coming anytime soon. A modest team of about 30 people is working on the title. Dailey said at the time that the team is going to take time to check their ideas thoroughly and improve the game. Yime will tell if Anthem can get back on its feet. Many players are certainly hoping for it, and other games (e.g. No Man's Sky) have already proved that it is possible.