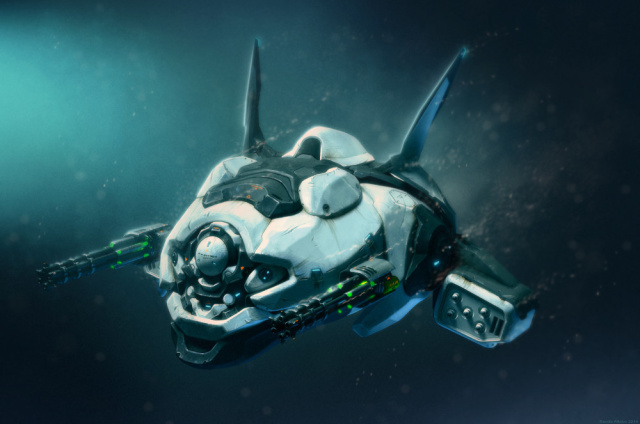 Aquanox: Deep Descent turned out to be another Kickstarter success. The crowdfunding campaign closed at nearly 96 thousand dollars, which is over 20 thousand more than originally requested. This success also means that the game will feature Unreal Engine 4.0.

The third installment in this science fiction video game series is being developed by Digital Arrow with publishing support from Nordic Games. The Kickstarter campaign was primarily to prove that the genre is not yet dead and there are still enough fans of futuristic submarine simulators.

Aquanox: Deep Descent is estimated to arrive in Febuary, 2017. For the time being, the only target platform is PC, though the game might also come out on PlayStation 4 and Xbox One. The last installment in the series was AquaNox 2: Revelation released in 2003. Because of the significant time gap between that game and Aquanox: Deep Descent, the upcoming title is developed as a restart of the series, rather than a typical sequel.