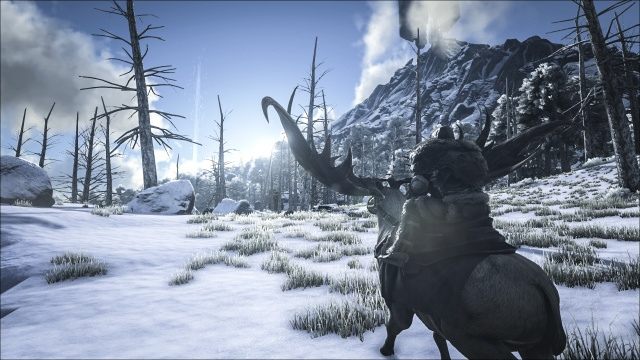 The next content update to ARK: Survival Evolved, which should arrive today, is going to introduce Snow and Swamp Biomes to this survival sandbox game, as revealed on Steam. Along with the two regions come new creatures: the Beelzebufo, Dire Wolf and Megaloceros, as well as items, weather conditions, survival challenges and more. Here you will find a new gameplay video showing off the novelties:

ARK: Survival Evolved is a PC title released in June, 2015 on Steam as an Early Access game and since then has been receiving regular content updates. Its full release is planned for June, 2016.