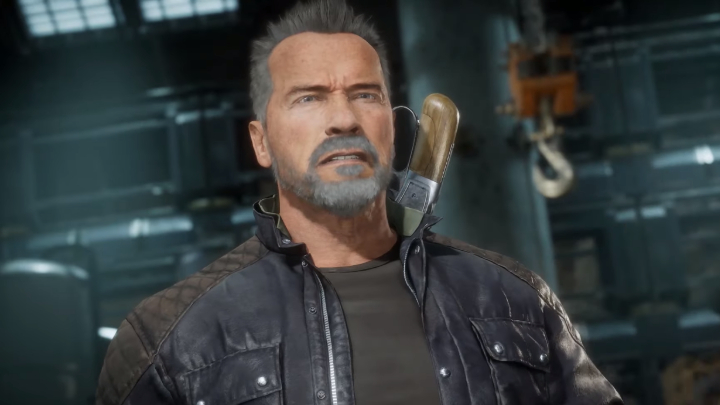 Arnold Schwarzenegger lent his face to the T-800.

NetherRealm presented a new trailer from Mortal Kombat 11, which shows the moveset of T-800 Terminator . In this role we will see Arnold Schwarzenegger, known from the big screen. Unfortunately, we won't be able to hear him in the fights. The T-800 will be released on October 8.

The video enables us to take a look at all the techniques of the character, and there is definitely something to look at. The cyborg likes to use his distinctive shotgun or time traveling skills. The second of these elements works on the principle of teleportation, the T-800 knows some spectacular ways to use it e.g. during the execution of Fatality. Developers can be praised for their attention to detail. In the case of this character there is a possibility of complete destruction of the tissue imitating the human body. This will reveal the character's true mechanical appearance.

T-800 is another character to be implemented in Mortal Kombat 11 as part of the Kombat Pack. Sindel (November 26), Joker (January 28, 2020) and Spawn (March 17, 2020) are waiting for their debuts as well. Shang Tsung and Nightwolf were released earlier.