Mortal Kombat 11 is the eleventh installment of the iconic series of fighting games, the development of which is supervised by the NetherRealm Studios team. Like the previous installments of the series, the production was released by Warner Bros. Interactive Entertainment.

When playing Mortal Combat 11 we take part in duels fought in various arenas. Dynamic clashes are extremely bloody and their brutality is emphasized by spectacular fatalities, i.e. special blows crowning the fight. The authors provide us with a wide range of warriors - apart from old friends like Raiden or Scorpion, you can also find completely new faces. In addition, a special Custom Character Variations system has been implemented in the game, allowing you to customize fighters to individual preferences.

You can play Mortal Kombat 11 alone (for loners there is an extensive feature mode), as well as with another player (via the Internet or on a shared screen).

Mortal Kombat 11 uses a new graphics engine, which has a positive impact on the quality of the visual setting.

Mortal Kombat 11 Guide describes the key features of the game and it will help you get familiar with the basics. The first chapter of our guide consists of a glossary, which may be very helpful while learning the unique terminology used in the game.

The NetherRealm Studios has revealed the previously hidden cards and presented a new gameplay from Mortal Kombat 11. Moreover, the developers allowed us to have a sneak peak at a few characters.

PC port of Mortal Kombat 11 will be developed by QLOC

The list of achievements from Mortal Kombat 11 PC appeared on SteamDB. Among the revealed information, we find a number of three-letter codes, which most likely refer to the names of playable characters.

Thanks to a leak on Reddit, we probably met all the fighters that we'll see in Mortal Kombat 11 on its release day. The leak also reveals extra characters and the fact that some of them will probably be introduced by paid DLC.

NetherRealm Studios has released a fresh trailer for Mortal Kombat 11, this time focusing on the game's plot. We've also learned that the game will run on Unreal Engine 3, and not its newer, fourth generation. 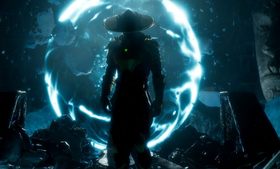 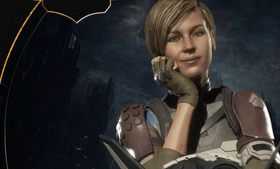 Mortal Kombat 11 requires a network connection to unlock a large part of the content. Such rumors appeared on the Internet and were allegedly confirmed by a deleted tweet by one of its creators. In addition, the presence of microtransactions has been confirmed.