David Gaider, the former writer of Dragon Age, revealed his next game, Chorus. It will be an adventure musical for which Summerfall Studios needs over half a million dollars, and plans to collect it during a crowdfunding campaign on Fig.co.

Bigben Interactive has published a teaser for Werewolf: The Apocalypse - Earthblood. The short video tells us that during this year's edition of PDXCon, we will get to know new information related to the new RPG from Cyanide, which is a part of the World of Darkness universe.

Tinder, a dating app that enables you to meet new people without leaving your home, has been promoted to the name of the most profitable application on iOS and Android. Giants like Netflix and YouTube were left behind.

SensorTower published information on mobile game revenues in the third quarter of this year. The game market for mobile devices has grown compared to the previous year, and the players are increasingly willing to spend money on improvements or cosmetic items.

Riot Games decided to sue an eSports team with a quite similar name - Riot Squad. The devs of the popular MOBA League of Legends believe that CS:GO team is illegally taking advantage of the popularity of the well-known brand.

The recently published „EU coordinated risk assessment of the cybersecurity of 5G networks” report summarises the most important risks associated with the implementation of the new communication standard. One of the issues raised is the danger of entrusting the development of infrastructure to a single company, which may be under the influence of an external state.

We know the release date of the full version of Goat of Duty. At the beginning of the year we will see the premiere edition of the game that combines Call of Duty franchise with Goat Simulator and Unreal Tournament series.

Need for Speed: Heat has gone gold. Thus, we can be sure that the launch date announced for the beginning of November will be kept. In addition, the creators promised that next week we will know the hardware requirements of the PC edition.

Protesters on the streets of Hong Kong had the opportunity to watch one of the last episodes of South Park - Band in China - on the big screen, where the creators ridicule the Chinese authorities and their influence on the Western entertainment industry. The show was very popular.

The Witcher series won't abuse CGI. Such a declaration was made by Netflix producers (including showrunner Lauren S. Hissrich), assuring that they tried to limit the use of images generated by the computer as much as possible.

In GTA Online there is a new mode called King of the Hill, where players fight for control over the map. The game also features a new sports car, and the rewards from selected tasks will be doubled during the upcoming week.

Corruption and Collapse of Values - ex-Blizzard Employee on Chinese Influence

Mark Kern, former Team Lead at Blizzard Entertainment, responded on Twitter to the high-profile Hong Kong protest scandal. In his opinion, the company is acting against its own values. The developer also quotes several stories that illustrate the extent of influence and methods of Chinese companies in the gaming industry.

Infinity Ward provided additional hardware requirements for Call of Duty: Modern Warfare. Thanks to that we learned what equipment will be needed to play with ray-tracing. The devs also explained that the 175GB of required disk space previously provided includes all the additional content that will be released after the launch. 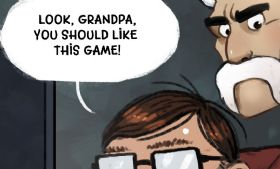 FIFA 20 has 10 Million Players; EA Thanks and Gives Rewards

Electronic Arts corporation boasted the popularity of the latest installment of its football series - FIFA 20. 10 million players around the world have already played the title. The publisher decided to celebrate this moment by giving away Volta coins.