Released in late 2020, the latest installment in the Assassin's Creed series, subtitled Valhalla, is still doing really well, according to recent reports. So it is not surprising that Ubisoft (the developers of the game) has no intention of stopping further development of the game.

The first roadmap for the game for 2022 has been published on Twitter. It presents what awaits the virtual Vikings in the coming weeks. 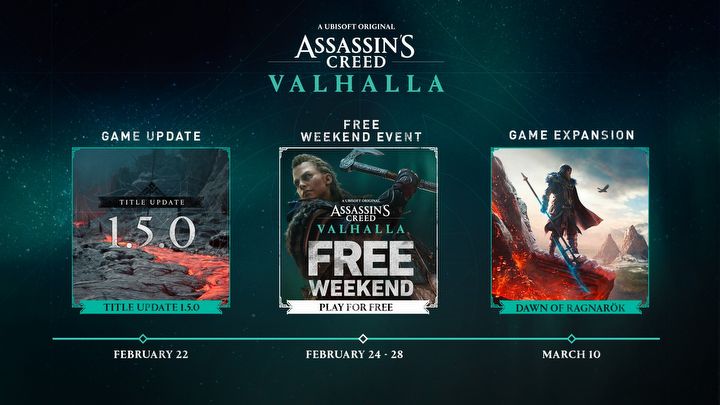 Valheim With Ice Caves and Improved Performance on Steam Deck

Valheim With Ice Caves and Improved Performance on Steam Deck

Cyberpunk 2077 is an Action RPG Again, at Least According to CD Projekt RED

Skull and Bones is Now a Live-service Game

Denuvo May Have Messed Up Total War: Warhammer 3's Optimization