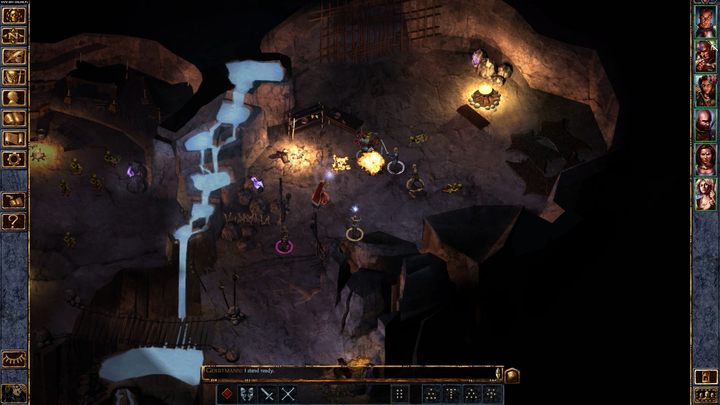 How will the developers manage to recreate the interface on the consoles?

Skybound Games announced the signing of a publishing deal with Beamdog, the PC publisher of such games as Baldur's Gate, Baldur's Gate II, Baldur's Gate: Siege of Dragonspear, Icewind Dale, Planescape: Torment or Neverwinter Nights. The aim of this cooperation is to release classic RPG titles on current-gen consolesn. The statement published on Skybound Games website, reads that all of the aforementioned productions are to be delivered to consoles in 2019.

Beamdog is known for releasing refreshed versions of PC classics, but so far the company has had no experience with the console market. Skybound employees are to help. Partners announce that the enhanced editions of all the above mentioned titles will be sold both physically and digitally. We will see the first results of their work during the PAX East event, which will take place between March 28-31.

Both companies are very enthusiastic about the cooperation. Ian Howe, CEO of Skybound Games, admits that he is a fan of classic role-playing games:

These games are iconic, including Baldurs Gate, which has really set the standard for Dungeons & Dragons computer roleplaying games, said Skybound Games CEO Ian Howe. Were excited to bring Beamdogs incredible slate to new platforms for both the dedicated fan and those who will soon discover these adventures for the first time. As longtime fans of Baldurs Gate and Dungeons & Dragons its fantastic to partner with Beamdog as the newest member of the Skybound family.

More information, such as the contents of box editions and platforms on which the titles will be released, will be available in the coming months. Lets reming that Skybound is also in the process of finishing the last season of The Walking Dead.