The latest update for Mount & Blade 2: Bannerlord, numbered e1.5.6, introduces some major new features, as well as many minor fixes. One of the most significant additions introduced by the patch is the photo mode.

The said module is available in the single-player campaign and will enable us to capture captivating images of huge and intense battles, but also to take a closer look at the unnoticed details. 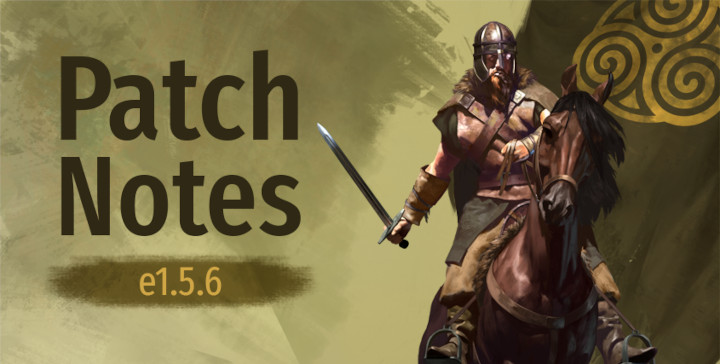 An additional, another larger feature that appeared in version e1.5.6 are peasant rebellions, which we talked more about here. In a nutshell, the idea behind the mechanic will be based on peasants rebelling when the loyalty of a selected village drops below 15 points. In that case, the settlement will form its own clan and try to join a rival kingdom or one with a distinct culture. There are also 14 new village maps.

The hearts of fans will surely rejoice to see how many improvements have appeared in the update. The full list of changes can be seen here.

It is also worth mentioning that the patch, which TaleWorlds is currently working on, has just appeared on the game's beta servers and the players can now test what the upcoming version marked e1.5.7 will introduce. What can we experience on the test servers? First of all, we will see a new mechanic that enables us to train children at the adolescent stage. Individual training will be available after the son or daughter of the clan reaches the appropriate age and the older they are, the more advanced skills they will be able to learn. You can browse the full list of changes here.

Everspace 2 With Good Reviews and High Sales on Steam