Bear and Breakfast is a cartoonish adventure game whose main character is a teenage bear named Honk, who decides to run a guesthouse in the woods together with his friends. The game is the debut project of studio Gummy Cat, and the interesting ideas and clever humor resulted in very positive reviews (93% positive out of nearly 200 reviews). It has even made it to the list of Steam bestsellers.

The main focus of Bear and Breakfast is to run a guesthouse to attract and satisfy human tourists. This element is typical of tycoon games, yet that's not all the title offers. Bear and Breakfast stands above all for its story. During the game we will meet many different, strange characters, and for some we can perform side quests. The quests, on the other hand, seem to be the game's main problem, as they are linear and repetitive. They usually consist of "find this and that, bring, build some furniture". Because of this, the game can seem monotonous after a while; nevertheless, this does not affect the brilliantly conducted, entertaining story. 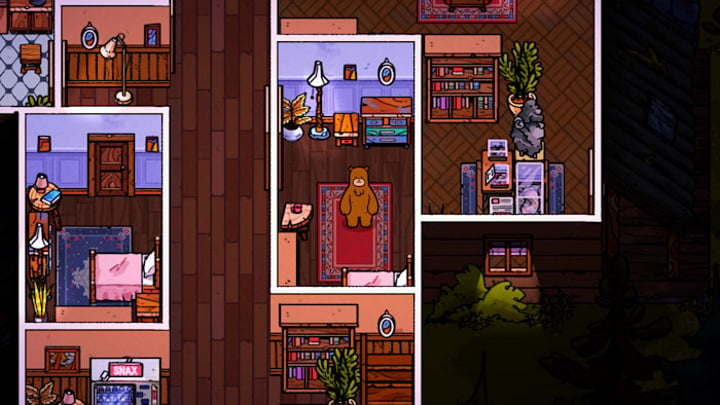 The very title of the game indicates a kind of parody - Bear and Breakfast as a reference to the type of accommodation known as Bed and Breakfast. The game does not lack humorous dialogues or quirky characters. However, despite the parody elements, over time the story turns out to be more intricate, serious, full of puzzles. It is certainly worth exploring for yourself.

The game suffered some problems. One of them is the delayed release on Nintendo Switch, although the developers assure that the launch is expected to happen later this year. In addition, during testing, it turned out that playing on the controller is not as comfortable as it might have seemed. Therefore, Bear and Breakfast on PC does not yet support gamepads, but this is expected to change soon. The developers want their game to be the best it can be, so they are carefully focusing on all the fixes.

The game has no shortage of funny user reviews on Steam, most of which are positive. Players have definitely picked up on the humor of Bear and Breakfast.

"It's like the developers looked into my mind and said "We should create the perfect game for this random guy", absolutely phenomenal!

"I've been waiting for this game to create my own AirBnBear"