Although the calendar winter has been going on for more than a week now, there are some countries in the world that see snow rarely if ever. If someone would like to feel a bit more of winter mood, the team from Asobo comes to the rescue. On the occasion of the beginning of the new year, the devs released a new teaser of Microsoft Flight Simulator, where we can see cities and wilderness covered with snow. The whole thing is available below.

This is another of the many video materials showing the latest installment of the iconic series of flight simulators in action that have recently appeared on the web. In the past weeks, we have seen, among other things, a trailer from the X019 event, over thirteen minutes of gameplay showing the degree of representation of nine famous European cities, a presentation of virtual cockpits and a short teaser from Nvidia. The videos in question made quite an impression on many players and industry journalists. It is spectacular and reaches new levels of photorealism. As a consequence, flying in Microsoft Flight Simulator should be pure pleasure. 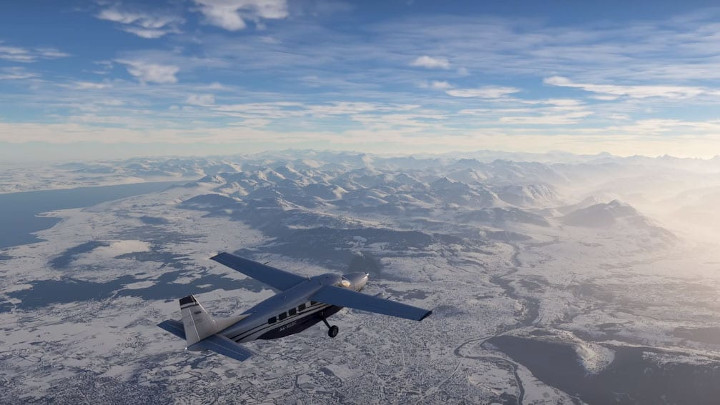 Microsoft Flight Simulator will be released this year on PC and Xbox One. However, the exact release date is not known. The title will be available both in the traditional distribution system and in the Xbox Game Pass service.

However, some people do not have to wait for the official release of Microsoft Flight Simulator to experience the title in person. Selected individuals have already received invitations to test the game. The only requirements were to sign up for the Insider Program (you can still do it here) and have a bit of luck in the draw.

Baginski: We Made Quite a lot of Mistakes When Making The Witcher