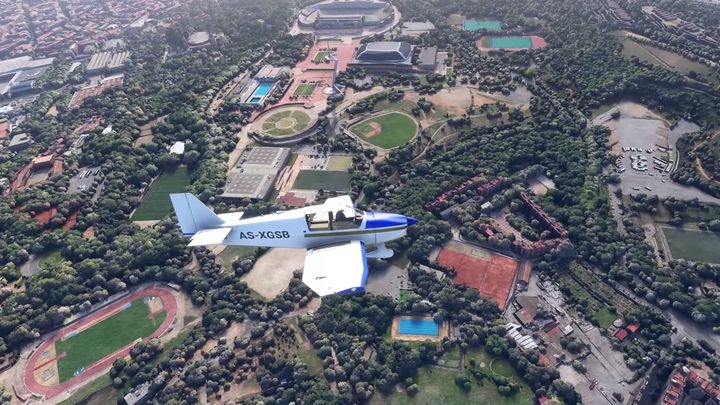 We'll be able to play Microsoft Flight Simulator next year.

In recent months we have had the opportunity to see many impressive videos from Microsoft Flight Simulator, another installment of a classic series of flight sims. To make the end of the year more enjoyable, Nvidia has released a new video from this production. It comes from the pre-alpha version, but it still gives a good idea of what the project will offer in terms of visuals.

The footage lasts less than a minute, and the quality of the image was damaged by Twitter compression, but the video still looks extremely impressive. The level of detail of the surroundings is very impressive and at times the game is rubbing off on true photorealism.

Microsoft Flight Simulator is coming to PC and Xbox One. The launch is scheduled for next year. The game will also be available as part of the Xbox Game Pass service.

Some of the fans have already accessed the early version of the game in closed tests. They are selected from people enrolled in the Insider Program. If you want to try your luck, the registration is still open.

Recall that the last few weeks have been very rich for people waiting for Microsoft Flight Simulator. During the X019 event, a new trailer was shown, and later we had the opportunity to see an extensive gameplay. We also found out the specs of the PC used to run the presentation and learned a lot of information about the virtual cockpits that we will use during the game.