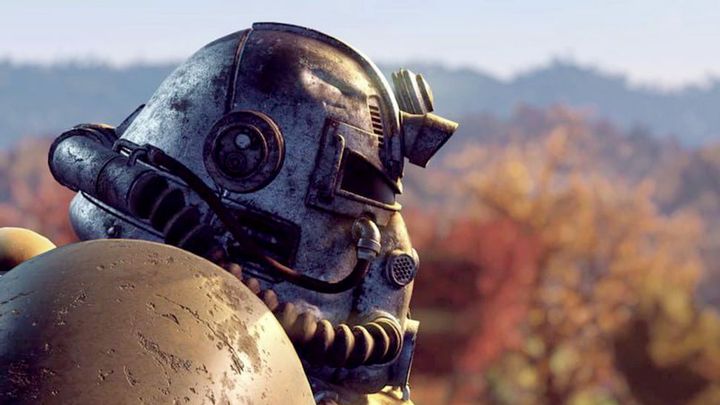 The test server will reach Fallout 76 next year / source: Bethesda.

Bethesda is not very good at introducing new features to Fallout 76. Released updates often end up badly, because they introduce new bugs to the game. The creators answer the community's proposition and promise to introduce a test server in 2020. In addition, Bethesda's entry on the company's website contains some additional information about the plans for the coming months.

At the very beginning Bethesda praises the community for completing certain event tasks and announces new ones, which are to bring valuable rewards. Then there is a few words about the upcoming Wastelanders update, but Bethesda emphasizes that it is not the only priority for the team, so they want to clarify a few issues often raised by the community.

The long-awaited public test server comes first. However, if you think that it will be available later this year, we are sad to disappoint you. The devs have announced that they can launch it in 2020 at the earliest, and all the details, including the possibility of taking part in testing updates, will be implemented later. 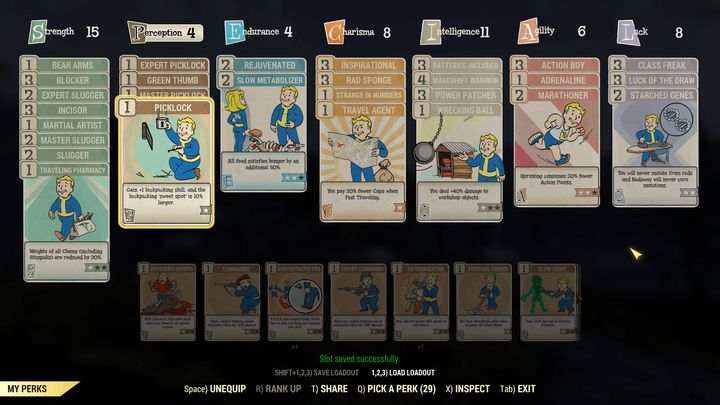 Perk Loadouts have already been done by the modders / source: fallout 76 mods.

The same applies to Perk Loadouts, a system that allows you to create several unique combinations of perk cards and swap them if necessary. Bethesda emphasizes that the introduction of this option requires a lot of work, so we can only expect it next year. This year there is a chance that players will see multi-level user account authentication.

Unfortunately, also the introduction of the Legendary Player system - which is supposed to allow players over 50 to become legendary, i.e. reset characters and equip them with new abilities - has not been planned for this year. It needs additional improvements, so we will only see it in 2020 as well. However, here we have a little more tangible infor - the feature is coming in first quarter of the year.

The issue of community menu repair, which in many cases remains unreliable, was also raised - PC players have problems with sending and receiving invitations to a group of friends. However, this will only be part of the social amendments that will be made available in future updates.

Bethesda wants to show that it listens to the community and that is why the company is going to fulfill one of the frequently repeated requests - to shorten the time between events in the game. It will be cut at least in half, and players can expect to see these improvements come into effect with update number 14. 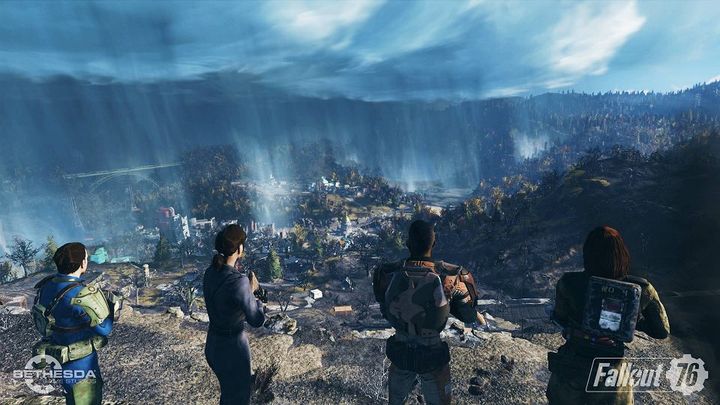 The developers have promised to repair the community menu in the game and all the bugs associated with it / source: Bethesda.

At the very end, Bethesda encourages the gamers to share their opinions in public forums - including Reddit - which they are constantly following and listen to the voice of the community.

That's a lot of promises. In all this confusion, however, it is worth noting what has been ignored in the entry. There was not even a mention of the mod support that was originally planned to be introduced before the end of this year for private servers. There was also silence on the subject of the latter, although only two months ago it was promised that we would see them "sooner than we think". It seems that we will have to wait much longer than previously announced for this promise to come true.