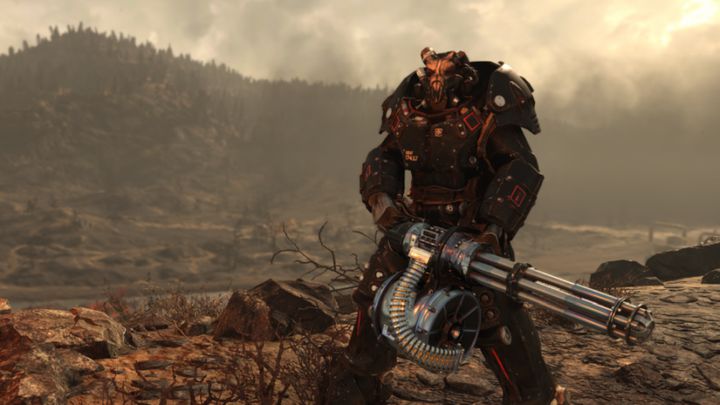 Fallout 76 will receive a lot of new content in the near future.

During QuakeCon 2019 Bethesda organized a panel devoted to the future of Fallout 76. According to the developer's announcement, the title will see many novelties in the coming months. New stuff will include a vault, companions, additional locations and a second map to play in Nuclear Winter mode.

In less than a month - on August 20 - we will be able to see the opening of Vault 94. It will offer 3 new missions, which will change once a week. A maximum of four players willl be able to perform the raid. But nothing stands in the way of going in solo. As a reward for its completion we will receive a new armor.

Nuclear Winter mode will receive a new map based on the city of Morgantown. In this way, the game's battle royale mode will take us to urban areas. The location is to be put into the game in September.

The creators have announced that private servers will appear in Fallout 76. In this case, no details are given, except that they will be implemented "faster than we think". It is also unknown whether the test server requested by the players since Update 11 will be added.

During the panel, there was also a lot of information about the free Wastelanders Update, which is due to be released in November. As announced earlier, it will add NPCs to the game, which are to be divided into several factions. One of them is to be Cult of the Mothman. 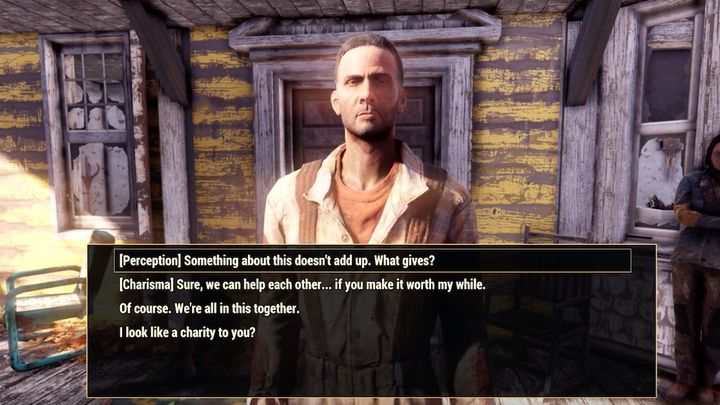 The Wastelanders update will introduce a new dialog system.

The NPCs will be accompanied by a number of other changes. Among them we can distinguish additional settlements, random encounters and subsequent story missions. Of course, there will be no shortage of new gear either. In addition, a dialogue system has been developed for contacts with NPCs. According to the devs, it will resemble the one used in Fallout 3. Dialogue lines available during conversations will depend on the relationship with the given faction and the player's stats.

The last of the presented novelties are the legendary perks. Characters above level 50 will be given access to special skills. After unlocking them, you will be able to use them when creating another character.

Fallout 76 debuted on November 14, last year and has met with cold reception by the industry media. The average rating for the PC version on Metecritic is currently 52%. The game is available on PC, PlayStation 4 and Xbox One.