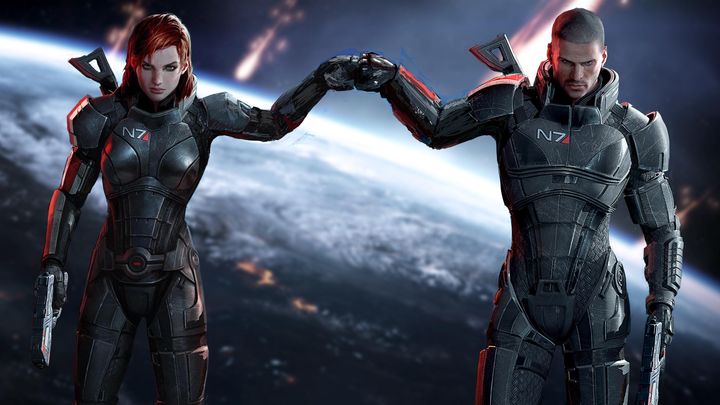 MASS EFFECT: ANDROMEDA IN A NUTSHELL:

In an extensive material dedicated to BioWare, which was published on Polygon, the developers Mike Darrah and Casey Hudson suggested that - despite the poor quality and controversy surrounding Mass Effect: Andromeda - they still believe in the studio's first science fiction franchise.

"In my mind, it's very much alive," adds Casey Hudson. "I'm thinking all the time about things that I think will be great. It's just a matter of getting back to it as soon as we can.

The developers' stance is not surprising - the franchise still enjoys the recognition of many fans. Unfortunately, it's hard to say when the studio could find the time to develop the next part of the series. In the near future BioWare will focus on Anthem (which launches on February 22, with the subscribers of EA Access and Origin Access being able to log in to the servers a week earlier). The title is a service-type game, so it will certainly require a lot of work even after the release. A new Dragon Age awaits the queue, having its teaser presented at The Game Awards 2018.

Mass Effect: Andromeda made its debut on March 21, 2017 on PC, PlayStation 4 and Xbox One. The game faced considerable technical issues (such as the infamous facial animations), as well as various shortcomings in terms of script and the overall design. The production met with a cold reception from the reviewers (which can be seen from the Metacritic average), and shortly after its release BioWare Montreal, the studio responsible for the game, was restructured. All plans for story DLC have also been abandoned. The Andromeda scandal led to the franchise being put in limbo.