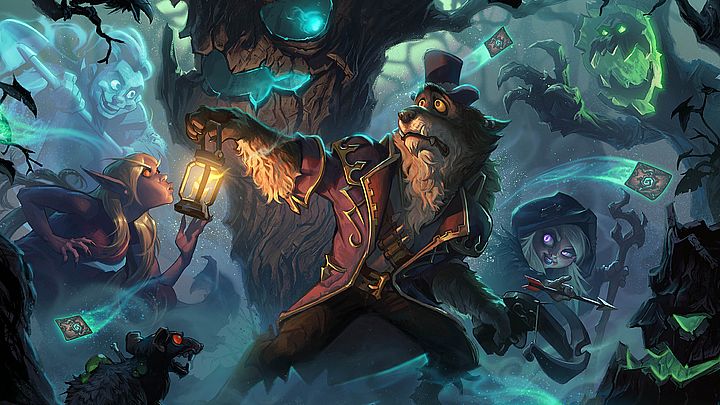 Would you play Hearthstone in virtual reality?

If someone asked you what kind of game you would like to see in a VR version, you would probably indicate some FPS, an adventure game or pretty much any decent FPP title. Would you get an idea to make a card game in virtual reality? Blizzard did, but decided not to continue working on the project.

PowerUp reports that the studio has developed a working prototype of Hearthstone VR. One of the editors had the pleasure to talk to the creators and ask about the possibility of having the game completed and released. Dave Kosak (chief narrative designer) and Hadidjah Chamberlain (special effects designer) said it was a pretty cool idea, but the studio decided that gamers prefer the traditional way of playing.

The devs revealed, however, that during the annual Free Your Mind event, organized by Blizzard, two developers were working on creating a prototype version of Hearthstone VR. And they actually made it. In the game you could walk around The Tavern and sit with someone to play. Most interestingly, however, the game even offered the option of flipping over the table. Unfortunately, the creators did not manage to implement more content, as they worked on the project for only two weeks.

The very fact that anyone was working on the VR version of Hearthstone shows that the studio was considering releasing the mode. However, Kosak admitted to the editor that he wouldn't want to reveal more about it, because people would start to demand the game. He's probably right. Unfortunately, this is all we could learn about the production. Let's recall that Hearthstone is available on PC and mobile devices with iOS and Android.