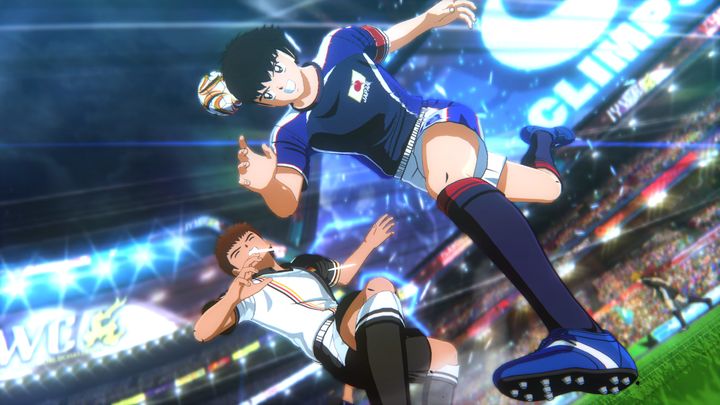 Captain Tsubasa is back!

Bandai Namco Entertainment has announced Captain Tsubasa: Rise of the New Champions, a new title featuring characters from the iconic football anime. The production will be an arcade football game and is heading for PC, PlayStation 4 and Nintendo Switch. The game will be developed by Tamsoft, studio known among others from the Senran Kagura series. There is also the first trailer, which you will find below.

It will be the first console game in this universe in 10 years and the first production based on this license, which will officially go to Western markets (if we take desktop platforms, earlier Captain Tsubasa: Dream Teamwas a mobile game). The title is to offer an attractive setting (with anime-style graphics) and spectacular gameplay. The game will be intuitive and easy to learn. Of course, there is no shortage of incredible super-shots and drama, which made the animated prototype so popular. We can also count on several different game modes.

Securing the Captain Tsubasa license to bring a football game to the western market is a dream come true. Captain Tsubasa: Rise of New Champions isnt created just for the fans of the manga, but will be enjoyed by football fans all over the world!,says Hervé Hoerdt, Senior VP Marketing, Digital & Content at BANDAI NAMCO Entertainment Europe, in a press release.

Captain Tsubasa: Rise of New Champions will be released in 2020 (we don't know the exact date yet). Below you will find some examples of screenshots from this production.

Rumor From China: Possible Specs of Nvidia GeForce RTX 3080 and 3070