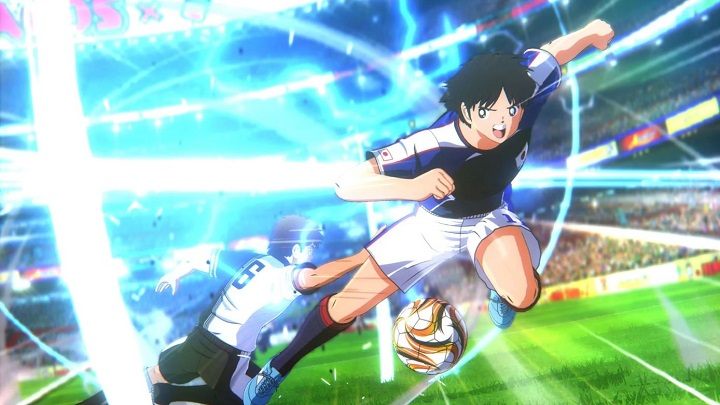 The first gameplay from the upcoming game about Captain Tsubasa appeared on the web.

A few days ago, Bandai Namco Entertainment announced Captain Tsubasa: Rise of New Champions, a new game featuring a iconic football anime character. First gameplays from the title have just surfaced on the Internet, thanks to which we can see how exactly the game will look like. Everything seems to indicate that, as promised, the game will be intuitive and easy to master, and full of spectacular actions.

What's more, on the official Japanese website of the game, there are details about the title (via Gematsu). From these, we can find out that, among other things, each player will have a special energy bar to perform dodges or use special skills (these will vary depending on the character and situation on the pitch). In addition, there will be standard moves, such as dribbling or attack to take over the ball. The whole team will also have a common energy indicator, after which the so-called V-Zone can be activated, which will make the players recover faster and replenish their individual energy for a while.

Captain Tsubasa: The Rise of New Champions will be released in 2020 (we don't know the exact date yet) on PC, PlayStation 4 and Nintendo Switch.