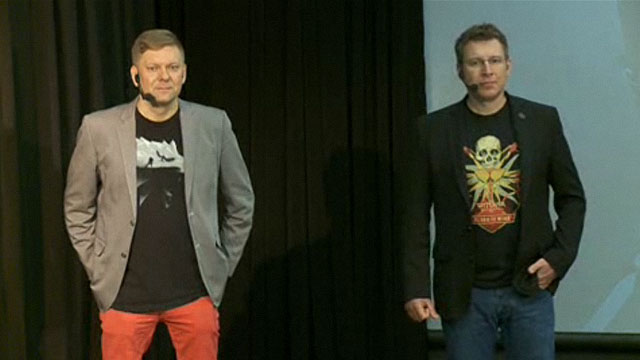 Adam Kicinski (on the right), CEO at CD Projekt RED

First of all, he confirmed that we will be getting Cyberpunk 2077 within that time span. What’s more interesting, Kicinski revealed that we can also expect the release of a new AAA RPG title. While it has not been confirmed in any way, I think it’s safe to assume that we might yet see another installment in the Witcher series. Let me remind you that back in December, Kicinski said in an interview that not making another Witcher game would not be fair towards the fans who just started their adventures in the world of the monster slayers.

Moreover, it was revealed that the studio plans to double its number of employees, which means that there will be around 450 people working for CD Projekt RED; they are to be divided into 4 independent development teams. The studio also plans to place local representatives on key territories. Kicinski also mentioned that the studio will release a new game this year (apart from the expansion Blood and Wine for The Witcher 3), but there were no details on that, apart from mentioning that it will not be something the developer is used to making.

Yet another interesting highlight of the conference is that all three Witcher games sold over 20 million copies worldwide.