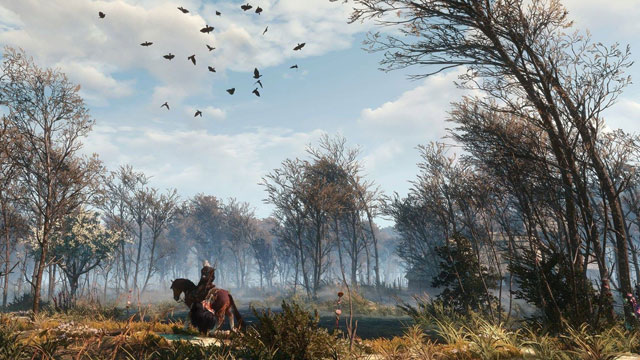 The Witcher 3: Wild Hunt is a final chapter in the trilogy about Geralts adventures; of course, this doesn't mean that in the future we won't get any other games about those well trained monster hunters. On the contrary  it's more than certain, as the studio representatives implied many times.

Wild Hunt has just received three awards at The Game Awards, including the most important one for the game of the year. As a result, CD Projekt's CEO Adam Kicinski was invited by the Polish TV station TVN24 BiS and here's what he had to say about a possible sequel:

It's too early to talk about it, but it's not like we're forgetting about this brand  that's understandable. (...) It wouldn't be fair towards the fans. We work within this universe for over a dozen years now and I don't think it's going to be the end of it.

I guess we will have to wait a long time for The Witcher 4, but in the meantime we can think about some possible scenarios. Most probably, the main hero will no longer be Geralt, but a witcher created by the player himself. Let me remind you that this was an initial concept for the game and you can see it in the video below.

In the meantime, CD Projekt Red is working on Cyberpunk 2077. Here's what Kicinski had to say about it in the interview:

The project is even more ambitious than we first planned (...) we need to create a game that will be even more successful. (...) We have a long way ahead of us to reach the biggest commercial successes in the world. Sure, many people consider The Witcher 3 to be the best game in the world this year, but this is not a game that broke any sales record.  says the Joint CEO of CD Projekt.

There's nothing left but to wait patiently for the first assets from Cyberpunk and the official announcements of new games in The Witcher series.

Meanwhile, in the middle of 2016 we're going to get a big expansion to The Witcher 3 entitled Blood and Wine. The story will play out in a completely new location and it will offer the players about 20 hours of gameplay.