When at the beginning of the year the news about resurrection of Lucasfilm Games and depriving Electronic Arts of the exclusive rights to publish games from the Star Wars universe broke, an avalanche of reports and speculations began, which games from the franchise will see the light of day in the near or distant future and who will be responsible for them. One of the most interesting rumors, which appeared in recent weeks, is associated with Star Wars: Knights of the Old Republic III. Here's the thing, according to Bespin Bulletin's information, a full-fledged sequel to the extremely popular RPG that was set thousands of years before the Star Wars movies is already in development and is not handled by EA. By whom then? There is some possibility that it's the team at Aspyr Media. 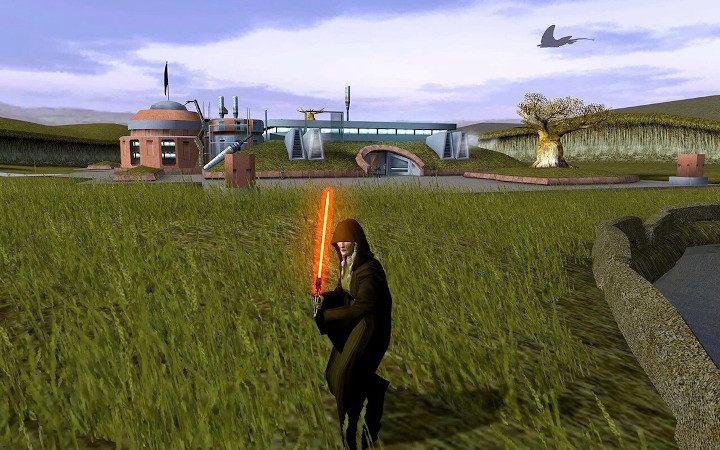 Where did this theory come from? Users of RPG Codex noticed two interesting coincidences. Firstly, there are quite a few job offers on Aspyr Media's website. The team is looking for, among others, a combat designer, a person responsible for cut scenes or animation specialists. Some of the ads emphasize that they will be working on "an upcoming AAA RPG" powered by Unreal Engine 4. Secondly, the studio has recently hired quite a few people who were previously part of BioWare. We're talking about writer Courtney Woods, world designer Bret Hoffman, narrative expert Daniel Hayden, animator Andrew Lauret, and visual effects artist Jamey Moulton. All of whom have worked to a greater or lesser extent on the MMO Star Wars: The Old Republic.

Another fact suggests that Aspyr Media may be working on Knights of the Old Republic III (or a remake of some previous installment) - the team is no stranger to Star Wars games. Aspyr was responsible for porting the first two installments of Knights of the Old Republic to Android and iOS mobile devices. They also worked on the PC port of the first and second installment of Star Wars: The Force Unleashed, as well as the Xbox One version of Star Wars Episode I: Racer.

Of course, we have to remember that all of the above information is just an observation with no official confirmation as of yet. But if they are correct, it's possible that soon we'll get an announcement of a game, which many have been waiting for for over sixteen years.

AMD With Record Earnings in 2020