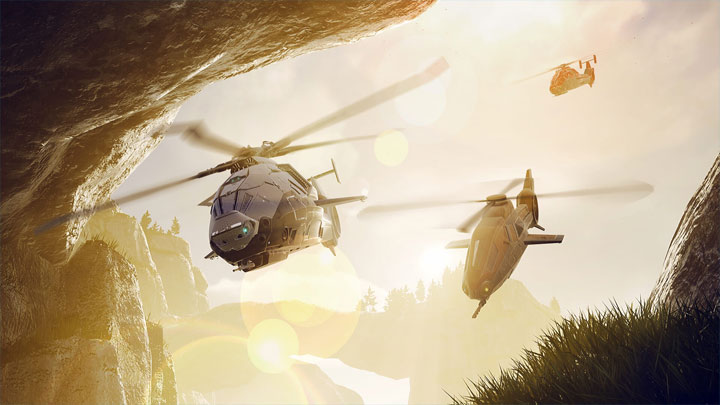 We'll play Comanche next year.
COMANCHE IN A NUTSHELL:

During the Gamescom Opening Night Live, we've seen fresh video footage from long-awaited titles, but also several new games. The second category included the announcement of Comanche, a new version of the classic series that enables us to play as a helicopter pilot.

The game is being developed by Nukklear and published by THQ Nordic, which has recently specialized in resurrecting old franchises. Only PC version is planned. The title will launch in early access at the beginning of next year.

The game will be set in the near future. An incident with a hacked drone forced the resurrection of the Comanche program, which included the construction of modern helicopters with a human crew. Unfortunately, soon afterward, the machine's plans were stolen and leaked, so anyone who could afford it could create their own version of the attack helicopter.

The title will be focused on online gameplay. During the game we will be piloting both helicopters and combat drones. The matches are to be team-based. One side will attack and the other side will be on the defensive. Both will receive different objectives and starting conditions.