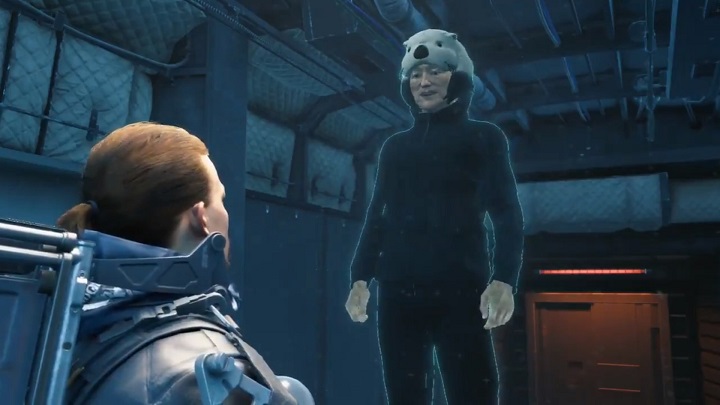 That's right. In Death Stranding, you can wear an otter costume.

Another short character trailer and a new game element in Death Stranding has appeared on the web. This time we learned that the role of the character called The Wandering MC will be played by an American comedian - Conan O'Brien. If we become friends with him in the game, he will give us an otter costume, thanks to which the main character will be able to safely swim in rivers. You can watch the video presenting this character and the costume below.

If your attention has been drawn to the specific movements of Sam while swimming, it is worth knowing that this is the natural behaviour of otters, which do this when smash clams on a stone they hold on their bellies, so that they can open their shell and eat them (here seen in nature). It is not yet known for what purpose the main character would imitate these animals. However, we know that Hideo Kojima likes unconventional solutions (in Death Stranding we will be able to urinate for example). If you want to know O'Brien's story about how he found himself in the game, take a look at his material, in which the comedian presents in a specific way a journey to the studio, where work on the production was in progress.

Death Stranding will appear exclusively on PlayStation 4, debuting on November 8, 2019. Little can delay the release of the game, because it has already gone gold, which means that the work on it has been completed.