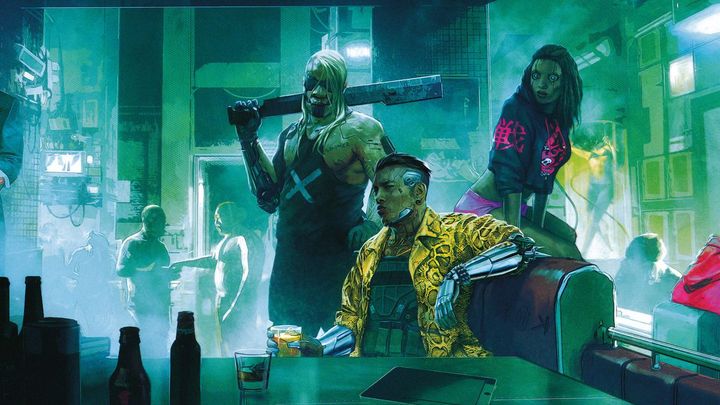 In an interview for AreaJugones, Mateusz Tomaszkiewicz from CD Projekt RED shared some new information about Cyberpunk 2077. It turns out that in its current form the game is significantly different from what developers showed during last year's E3 fair.

"We are polishing everything and constantly thinking how to make this game more interesting, how to make the gameplay cool and, well, the gameplay we saw last year was basically a small fragment of the game. There was not a clear picture of how the game fits into an open world or how it fits into a larger image of the game. So there are a lot of things we haven't shown yet and a lot of things we're still working on. I would say that the game is completely different from what we showed last year, but as I said, there are still many details that we are currently working on," said Tomaszkiewicz.

Importantly, the overall concept of Cyberpunk 2077 has not changed drastically - we are still dealing with a futuristic open-world RPG, focused on telling a mature story and offering players choices that have a real impact on storyline and gameplay.

"I would say that Cyberpunk 2077 is an open-world game with a strong narrative component set in a dark future. It is an RPG with decisions and consequences where everything you do matters. (...) I would say that there are many ways to complete the game in terms of gameplay mechanics and it offers a wide range of options depending on how you want to play it and lets you to enjoy the way you want to play. I think that's how I would describe the title," we read on.

Although the game is supposed to focus primarily on the story, combat will also be very important - according to Tomaszkiewicz, FPS elements enrich it, influencing both the action and the broadly understood gameplay.

"(...) our game is mainly an RPG, and the combat in the first person is something added to this genre. In this way, the gameplay in Cyberpunk offers a variety of ways to complete the missions, and I think that's the biggest change because it affects more than just FPS action, but also how you incorporate that aspect into your own style of play. We have a lot of mechanics who are based on this concept, which we haven't shown yet, so stay tuned, "we read in the interview.

Combat itself is supposed to be something between an arcade and a simulator - we shouldn't expect either extreme realism or an over-the-top approach like in Bulletstorm or Borderlands. Here too, however, the choices made by the player, such as the choice of equipment, are important. Some weapons will be much better suited for dynamic, arcade fun. The selection of available equipment will be large and really diverse - some of the items will use unique mechanics.

"And as you know, enemies also have statistics, so it's not a super realistic system, as in the case of some title during World War II, where getting shot means being dead. But I would say that the game is not as arcade as the examples you have described [i.e.Borderlands and Bulletstorm]. Here you still need to look for cover, you can not just jump and avoid enemies. Although there are ways to play our title in this way, for example, using the close combat weapon we saw last year - the katana. If you go in this direction, you'll achieve a more arcade style for your character.

We are working to create a good and funny combat mechanics and I think we have a wide range of weapons that will make our game stand out. I don't know if you remember, in the previous demo there were intelligent guns and this is something I haven't seen in too many FPS games. Also, in terms of gameplay, we have some ideas and things that are not ready yet and that we are trying to implement because they will be very good," we read.

Cyberpunk 2077 will debut on PlayStation 4, Xbox One and PC. The title has no release date set yet, but we know that it will be presented at this year's E3. According to some analysts, the game has the potential, to become the most profitable game in history.