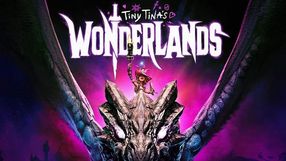 Borderlands Legendary Collection is a set containing three parts of the looter shooter series called Borderlands. In addition to Borderlands: Game of the Year Edition, Borderlands 2 and Borderlands: The Pre-Sequel, the compilation includes add-ons to each of them. 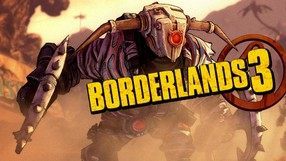 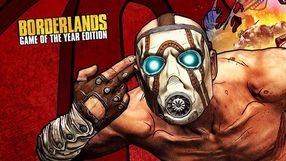 Prepared for the goggles of virtual reality, conversion of popular FPS with RPG elements, released on PC, PlayStation 3, Xbox 360 and PlayStation Vicie. Gearbox Software is responsible for creating both the original title and the VR port. 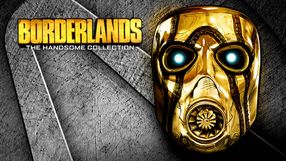 A set of the Borderlands 2 and Borderlands: The Pre-Sequel! Reeditions with all of their expansions. Borderlands: The Handsome Collection is a bundle developed with the 8th-generation consoles in mind. The remastered versions, similarly to the originals, were developed by Gearbox Software. The action of the games takes us to the post-apocalyptic planet Pandora and its moon respectively. The gameplay combines elements of open-word action and role-playing games. The players have to perform a number of story and side missions, during which they explore interesting locations, fight enemies using futuristic firearms, and collect increasingly powerful battle gear. Each title offers four unique heroes of different specializations and abilities. With time, the player’s character gathers experience and, with it, new skills. Borderlands: The Handsome Collection features enhanced graphics and smoother animation. Additionally, it expands the cooperation mode for up to four players. 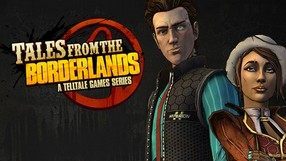 An episodic adventure game set in the universe of the Gearbox Software’s Borderlands series. This title was developed by Telltale Games studio that specializes in this genre. Story-wise, the game follows the plot started in Borderlands 2, following two characters: Fiona, a con artist, and Rhys, an employee of the Hyperion corporation equipped with cybernetic implants. The game’s goal is to remove the discrepancies within the story stemming from the mixed narrative of the two protagonists. Gameplay is rather unique, as the player’s main role is to make choices that determine how the story unfolds. In addition, the game features several elements typical of the Borderlands series, such as shooting sequences and moments to display the characters' unique skills – manipulating people and hacking. 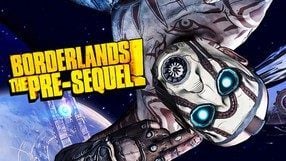 The third installment in the Borderlands series, offering an insight into the events happening during the period between the storylines of Borderlands and its sequel - Borderlands 2. The Pre-Sequel! was developed by 2K Australia cooperating with Gearbox Software. The action takes place on the moon of Pandora, and the players assume the roles of characters working for Hyperion - a corporation belonging to Handsome Jack. Similar to the previous installments, the game offers four playable characters, including Athena the Gladiator, Wilhelm the Enforcer, Nisha the Lawbringer and Fragtrap. Each character represents a different class and has unique skills. The creators once again delivered an extensive co-op mode for up to four players. Also, the visuals retain the characteristic resemblance to comic books. What has changed since the release of the previous installment however, are the in-game physics, including reduced gravity.

A side installment in the bestselling series of action games with RPG elements, developed by Gearbox Software. Borderlands Legends was developed for mobile devices. Similarly as in its predecessors, the action of the game takes place on the planet Pandora, featuring a post-apocalyptic setting. During the game player controls a four-person squad that consists of characters known from first Borderlands game. Each character has unique abilities and specializes in different type of firearm. The player’s arsenal oncludes shotguns, assault rifles, machine guns, and sniper rifles. The gameplay combines the elements of action games and RPGs with a strong focus placed on the former. Both main and side missions consist of traveling through the levels and eliminating large numbers of enemies. Among the latter there are gangs, mutated animals, and, from time to time, some stronger bosses. Between the missions player must manage his team – develop character abilities, buy new weapons and equipment etc. Due to the gaming platforms on which the game was released and due to the gameplay type, the action is shown in an isometric perspective. 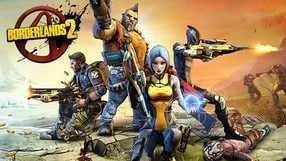 A first-person shooter with cRPG features and a sequel to the 2009’s hit. Gearbox Software studio once again managed the development, with the publishing support of 2K Games company. The game’s story is set some time after the events of first part. This time the players will face Handsome Jack, a self-proclaimed dictator of Pandora. The creators of Borderlands 2 have prepared four playable characters: Salvador, Maya, Zero, and Axton, representing one of the four different classes and different fighting style. Gameplay still retains the exhilarating gunplay, but the weapon mechanics have been thoroughly changed. Furthermore, the trademark of the series in the form of a four player co-op mode is also present. 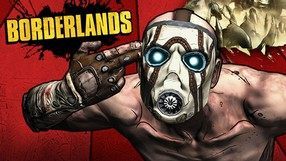 A humorous science-fiction FPS game with RPG elements. It was developed by Gearbox Software, popular for such games as James Bond 007: Nightfire, Duke Nukem Forever or the Brothers in Arms series. The story takes place on the planet Pandora, colonized and exploited by humans. According to the legends, a vault containing great treasures is located somewhere underneath the planet's surface, and groups of treasure hunters are ceaselessly searching for it. As one of them, the player tries to find the entrance to the vault and helps the inhabitants of the colony. The gameplay mechanics combine shooting sequences with a unique character progression system. The visuals, resembling a comic book, and an online co-op mode for up to four players are the greatest strengths of the game.

First-person shooter MMO developed mainly for the Asian market, set in the universe of the popular game series by Gearbox Software. Developed by the 2K China team, the game is based on online rivalry between heroes representing four character classes typical of the series. Among them we find the Mercenary, a warrior specializing in firearms, the Firecharming, a mage wielding mysterious powers, the Dragoon, a melee fighter, and the Windhunter, a sniper and assassin.