CD Projekt Red has revealed more cards related to Cyberpunk 2077. We already know that the production will debut on April 16, 2020 and will be available in two editions - standard and collector's. As it turns out, the unboxing video of the latter contains clues leading to a hidden message from the devs. The process of reaching it is quite complicated, because it requires connecting to a server (its data is shown in the video), using SSH protocol and hacked login and password (also present on the video content). In one of the hidden catalogues (which has already been uploaded to Google Drive and made available to all interested parties) there is a text file with a message from the developers explaining the lack of a public demo at the E3 fair and encouraging pre-orders. 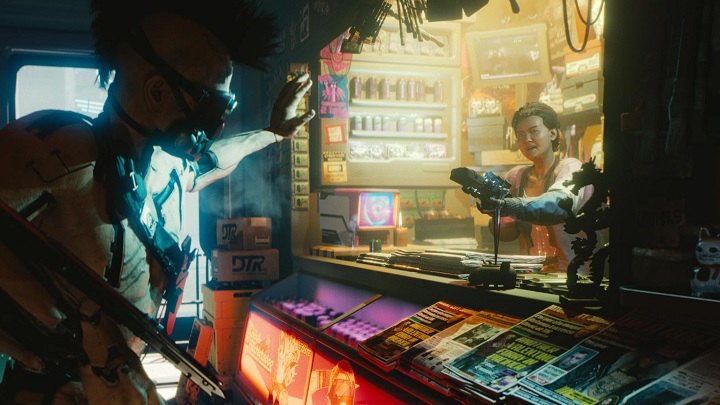 The reason why only the lucky ones can see Cyberpunk 2077 on E3 2019 is that the developers intend to show their work to a wide audience only at the Gamescom Expo and at the PAX in August (where they will organize a Q&A session). Developers decided to take this step to build a proper "hype". What's the point? Well, in order to attract the attention of more players and convince them to give the upcoming game a chance. As they say, this increases the likelihood of good sales, which in turn will allow them to "grow, take creative risks and deliver new great games". For the same reason, devs encourage pre-orders for Cyberpunk 2077; this way they receive a signal from us that we like their work. In spite of everything - we are not forced, and if we are still not convinced to play, the devs advise to wait for the next materials, and even the first reviews.

The last issue raised by the CD Projekt Red team is the number of available releases. The devs decided to create only a standard and collector's edition, because, as they say, "they don't like to enter Wikipedia to compare the content" of different versions of a given game. Another thing is that the standard edition is, according to developers, packed to the brim with additional content.