CD Projekt RED apparently believes in the success of Cyberpunk 2077 in China. Daniel Ahmad, senior analyst from the Niko Partners, who often shares various information from behind the scenes of the video game industry, has revealed a handful of details about the Chinese version of the game. In addition, he showed us pictures from the recordings, where we can see selected actors who are to perform in the game, as well as the game's logo prepared for China.

Let's start with the fact that Cyberpunk 2077 will be fully translated into standard Mandarin. More than 150 actors have been recruited for this localization, with the task of recording 100,000 lines of dialogue. Four studios have been involved in this gigantic project and it will take 10,000 man-hours to complete it. Besides, as Ahmad noted, 100,000 dialogue lines is 15-20% more thanin the case of The Witcher 3: Wild Hunt with all expansions.

It is worth noting that at present it is unknown how these figures will be reflected in the English version of Cyberpunk 2077. The above revelations, however, give us a certain picture of what the creators have to face while working on localizing their probably most ambitious work to date. 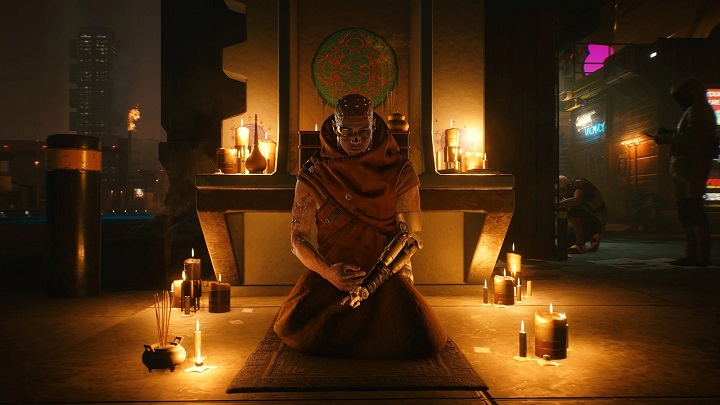 The creators of Cyberpunk 2077 make efforts to conquer the Chinese market.

Finally, let's recall that Cyberpunk 2077 will hit PC, PlayStation 4 and Xbox One on November 19. The game is also coming to PlayStation 5 and Xbox Series X.