17 solo missions adding up to 10 hours worth of campaign  thats what Relic Entertainments Warhammer 40,000: Dawn of War III has to offer when it comes to single-player mode. Well, at least thats what the developers told us during this years gamescom, while we were testing the guts out of their upcoming space RTS. 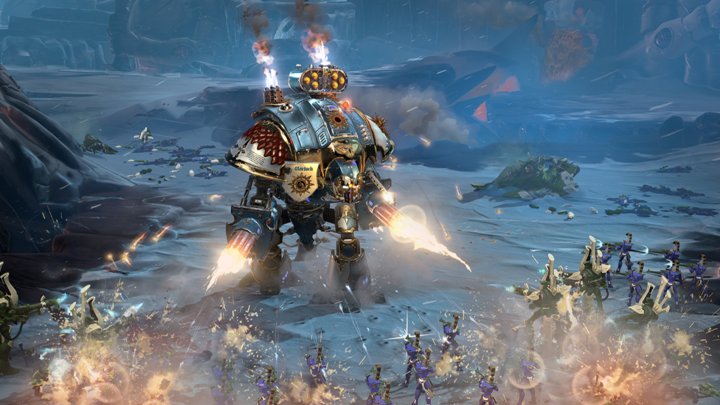 In terms of the way Dawn of War III handles, not much has changed. The same goes for its content  it is still a pretty solid RTS (and a decent sequel, too) offering a few mechanics improvements (like the introduction of match-carrying Super Units or prettier visuals), 3 fractions, and kind of a back-to-the-roots feeling (cover system, for instance, has been boiled down to its most basic form, being replaced by StarCraft-ish energy barriers). What we cant get by, though, is a significant quality-leap that sticks out pretty noticeably when comparing the newest Warhammer with its predecessors. Relic have stepped their game up, and with nothing particular to point out, they have just made the title feel somewhat smoother and  overall  more enjoyable. Pretty hard to explain, and youll probably need to figure out what we mean by yourselves. Dawn of War III will arrive on PC sometime in 2017.

Mount & Blade II: Bannerlord gameplay teaches you how to survive a town siege