In 2008, the horror game Dead Space saw the light of day. The work, which was supervised by Glen Schofield (later creators of The Callisto Protocol), won the hearts of multitudes of gamers around the world. No wonder, then, that EA Motive decided to give a second life to this flagship title. The result is Dead Space Remake.

In order for fans of the game to prepare for the official launch with peace of mind, the developers have released some key information that everyone interested in the game should familiarize themselves with. The official post shared on Dead Space's Twitter revealed that the new-old adventures of Isaac Clarke will launch exactly on January 27 at 5 pm CET / 8 am PST. 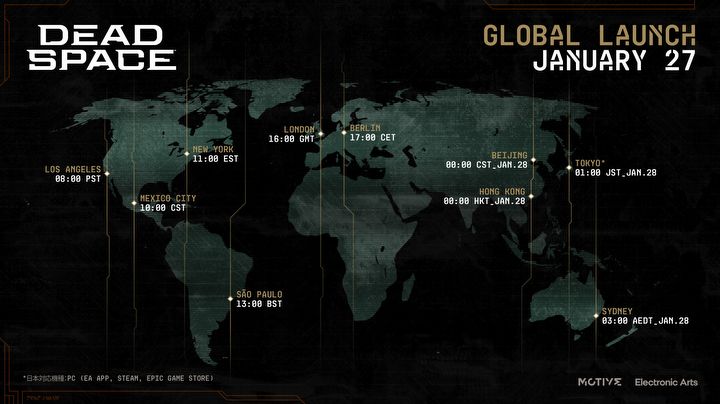 It is worth remembering that the impatient players have the option of preload, that is, the ability to download the game files in advance. The most time for this is available to owners of Xbox Series X/S consoles - Dead Space Remake can be downloaded on this platform as early as January 20. Next in line are PlayStation 5 and PC users. They will get this opportunity on January 25.. 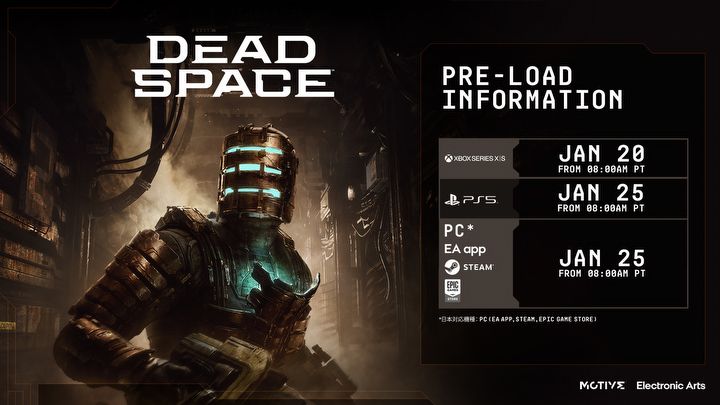 As for consoles, on the other hand, owners of both Xbox and PlayStation 5 will be able to choose between two graphic modes. 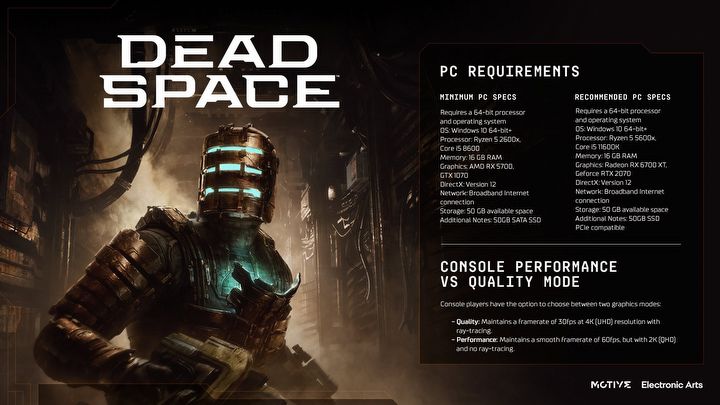 A game too scary even for developers

Perhaps many gamers wonder about the point of embracing a title whose original version you know better than the palm of your hand. However, it is worth remembering that the remake of Dead Space has been thoroughly improved over the original. While we're still talking about the same plot (with a few minor exceptions), the visual and sound layers have been adapted to current high expectations.

Especially the latter aspect is expected to literally make our hair stand on end. This was the experience shared by one of the developers, David Robillard, who holds the position of technical director of the project. He claims it's hard to play the remake at night with headphones, because it's too scary. Here is what he said in an interview with the PLAY magazine (via Gamesradar):

"When I'm playing it at night, I can't play it with headphones. It's just too fucking scary. Just the amount of realism and, again, atmosphere. Not just visually, right? In the way we handle sound, ambience, effects, having systems that will try to spook you. These things, you know, could have been done [on PS4], but not to the level we're doing them today."

How to Get Queen Bee in Green Hell