August 30 will see the release of Destroy All Humans! 2: Reprobed. This title is a remake of the second part of the twisted series, in which, as the alien Crypto, we take revenge on humanity for the wrongs done to us. It's too early to review the title, but the previous part of the series, 2020's Destroy All Humans!, has an average rating of 71/100 on Metacritic (PC edition).

The sequel will debut on PC, PS5 and Xbox Series X/S. We know the prices of the game and its various versions, as well as the system requirements.

Destroy All Humans! 2: Reprobed can be preordered. The price varies depending on the edition, as the game will be available in three editions (Standard, Dressed to Skill with digital extras, and a collector's edition called the Second Coming Edition).

The Dressed to Skill edition is priced at $59.99 and includes:

In turn, the collector's edition can be purchased for $399.99. It is available in only 3,700 pieces worldwide and includes: 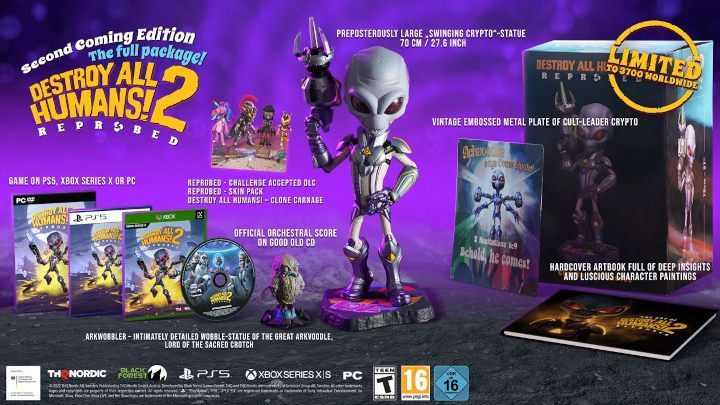 Destroy All Humans! 2: Reprobed requires a 64-bit processor and operating system. Here are the full system requirements for the PC version. 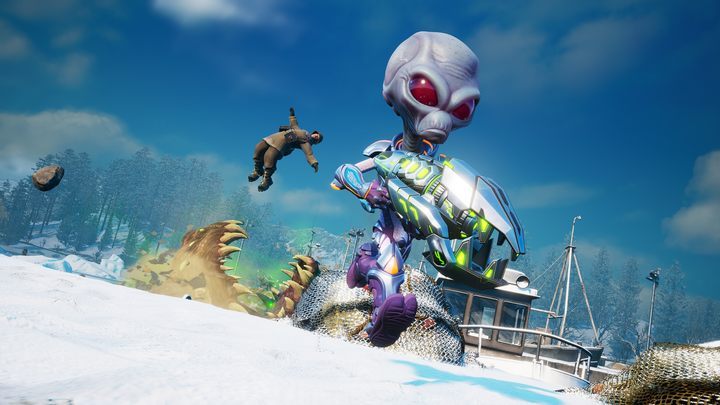 Destroy all Humans 2: Reprobed promises to be an interesting position that will compete with the new Saints Row. Do you think the adventures of an alien can turn out to be better than the moderately successful game from Volition, and the collector's edition is worth its high price?

Patch 3.0 Silently Fixed One of Genshin Impact's Most Annoying Problems

The Dark Pictures: The Devil in Release Date and Trailer

Across the Obelisk - Best Characters

Rooted Trailer; Survival Game Inspired by The Last of Us