A month ago it seemed that something had moved regarding PC servers of the Dark Souls series. Fan hopes for a return to online skirmishes (and, of course, co-op) were not in vain. After more than seven months Dark Souls III once again enables us to use its network features.

The information was provided by FromSoftware on Twitter, promising that it is still working on the servers of the remaining installments of the series. Nothing more was said on the subject, but that the developers thanked the players for their support and patience. 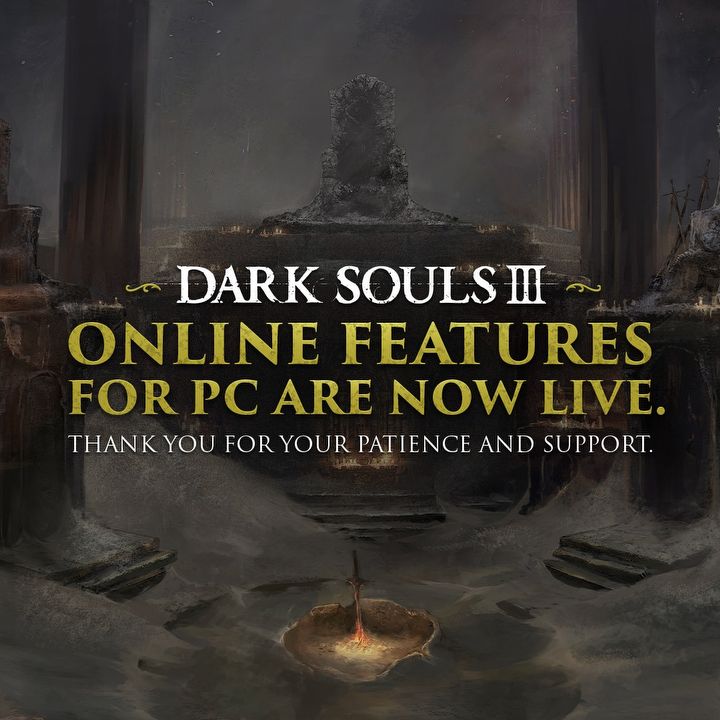 As a reminder, on January 23 the servers of Dark Souls on PC were shut down indefinitely. The reason was a vulnerability that enabled hackers to take control of another player's computer. Admittedly, the problem was fixed by a fan modification, but it is hardly surprising that the developers immediately shut down the servers after the problem has gone public.

When the vulnerability was last officially mentioned, it was announced that the servers of Dark Souls III would return first, as soon as the necessary work was completed. Apparently, the developers still have something left to work on.

Finally, a small comment: Internet users recommend uninstalling the aforementioned Blue Sentinels and other mods and delete their files. Otherwise you may not be able to run Dark Souls III.

Patch 3.0 Silently Fixed One of Genshin Impact's Most Annoying Problems

The Dark Pictures: The Devil in Release Date and Trailer

Across the Obelisk - Best Characters

Rooted Trailer; Survival Game Inspired by The Last of Us