The recent patch 2.4 caused a lot of enthusiasm among fans of Diablo 2: Resurrected. I looked at the changelog myself, played the game, and I will tell you that this is a step in the right direction. Ranked season has launched. Among other things, the skill bar known from the game pad version has been introduced, which allows quick and convenient access to four selected skills via keyboard hotkeys (similar to Diablo 3). New rune words have been added, so there's plenty of stuff to chase around. What's more, the Vicarious Visions team dared to breach the sacred balance of the game – and it turned out to be a great move for Diablo 2. Formerly under-powered builds became an interesting alternative to the the most popular options.

I played a paladin built for Heaven's Fist and now it's quite a legit character, although it requires a bit of gymnastics (the main skill is good only against demons and undead, so you have to get something else for other types of enemies... but since the attack was previously only effective against the undead, which made fighting bosses pretty much impossible, it's not all that bad). In general, the changes are considerable – but still not enough for me.

You see, apart from a small revolution in controls, this rebuild will be appreciated mainly by players of a single sort. Those who have cut their teeth on Diablo 2 and to whom the mechanics matter the most; those, who are looking for new, extreme, crazy and effective builds. We got a lot, but still not enough. In the current technical condition (beautiful graphics, more and more comfortable controls), the game can easily attract new players. As long as Vicarious Visions will provide it with more content. And as long as this suits Blizzard, because Diablo Immortal is about to be released, and it will also fight on the PC front (as long as the port is good). 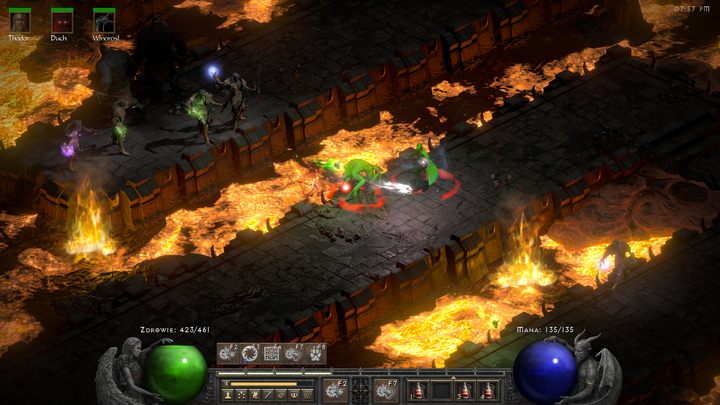 Diablo 2: Resurrected needs more than just a refresh of builds and loot to extend the life of this successful return. There are many things that can be done. Especially now that Vicarious has secured the perfect mechanical basis, because class rebalance was really needed for a long time. The game just demands new, substantial content. And I can see at least a few ways of implementing it.

Let's start with a bang before we move on to more subtle stuff. A new act, a new character and a new mercenary – plus mechanics and improvements that would still be useful ("Bigger backpack!" chanted the mob) – the most risky of options and admittedly quite an extensive one, but maybe it's about time? Blizzard North itself was planning a second expansion after the memorable Lord of Destructionso you may have to accept that there would be more changes and additional features in the game that we might either consider salvation or heresy. Maybe something in the design documentation would give Vicarious some inspiration? According to David Brevik, lead designer, in addition to the standards of the new storyline, location and character class (cleric), we were finally going to get a decent network architecture, guild halls, and loads of goodies that would probably make Diablo 2 truly immortal. And maybe now, after the resurrection, is about time. If David Brevik was ready to remodel his opus magnum... 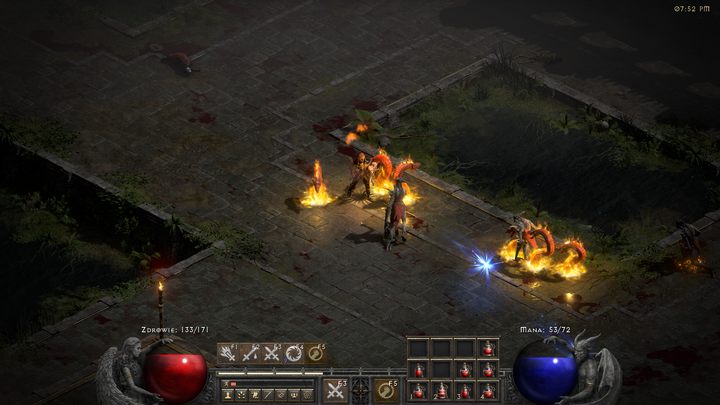 And the plot? Well, we already know what will happen in the world of Sanctuary decades after the events of Lord of Destruction; Immortal will add a certain stage in-between, but I believe that the new chapter of the story makes sense and has a lot of potential. After all, the next act may throw us against some extremely powerful demon who has decided to take advantage of the confusion at the end of the legendary Diablo 2 expansion pack. Thus, we would not be facing the Dark Trinity, but the effects of its actions. The game could focus on a more intimate narrative, without the risk of destroying the entire world, without all the cheap heroism of Diablo 3; it could de-escalate and depict the consequences of the events that transpired in Lord of Destruction – thus adding a dark and bitter epilogue. I mean, the world of Sanctuary isn't actually missing powerful demons.

Yes, I am aware of the difficulties and risks associated with the implementation of so many new features for the game that we all know and love in the formula from twenty years ago. First, Vicarious is not Blizzard North, so the vision for the add-on could fall apart – Hellfire, for example, flirted with a Lovecraft-style horror, supposedly dark, but still a little different from the gothic horror story of Diablo. Second, you would have to prepare new content on two engines between which players would have to switch – one would bring a classic pixelosis reminiscent of a lan party AD 2001, and a sleek, modern, three-dimensional game with beautiful views. Hefty task, but guess what? I have an idea. 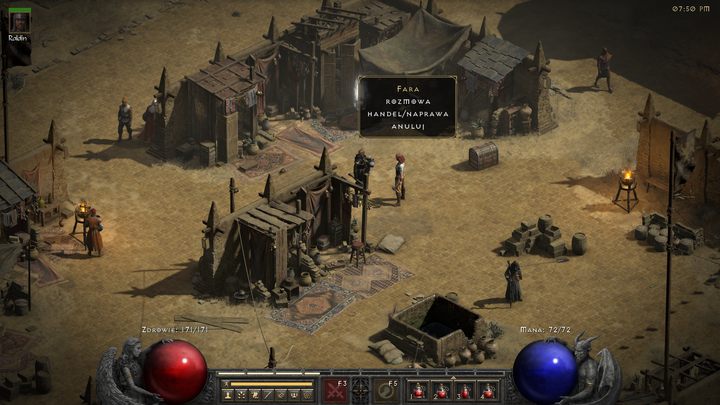 The gals and guys from Vicarious clearly love the game and the franchise – and so far they have approached every aspect of it with great respect for the original. It's not Sierra (Hellfire's devs); it's fans raised on the 20-year-old cult classic. So, I think if someone could finish this game, tie all the loose ends and complete all mechanics, it would be them.

You have to be realistic

Okay, these are the pipe dreams, so what about more real possibilities that would not require such a revolution? I think a bundle of extra missions and stories scattered throughout the first three acts would be great. This package would eventually form a coherent whole thanks to the three tasks added to the fourth act – after all, there is room for them, and this chapter is short nad unfinished (two of the NPCs present in the Pandemonium Fortress have nothing to say, you can only trade with them).

Another option is the random tasks hidden on the maps – as in the first (also the third) Diablo. Thanks to this, each playthrough would be a little different, would enrich the gameplay with an interesting, unpredictable element and encourage another, perhaps more immersive, approach (immersion is possible here, but that's not easy). After all, for how long can you walk the same maps with changed layouts? And the preparation of a few additional objects to interact with in those quests would be a nice diversion that could slightly enliven the game world – known by many veterans better than reality.

An alternative could be some additional quests combined with new mechanics to prepare for endgame gameplay, such as those from Path of Exile, could be another alternative. For example, on some occasion related to story, in familiar locations, portals to new small dungeons could open up and would have to be cleared in a specific, unusual way (something fresh; at the same time, you could use the assets that already exist in the game). 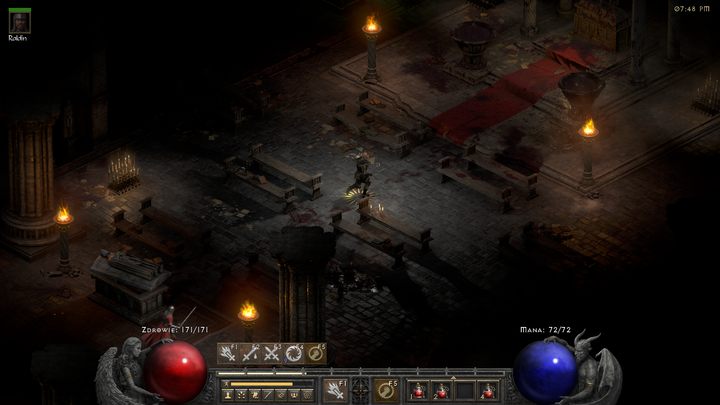 And, of course, you can always resort to the solution that saved Diablo 3 (together with the very atmospheric fifth act) – the sensational adventure mode in which there would be new stories, but most of all random mission sets that renew after completion of previous set. Endgame tasks – such as hunting for the torches or Annihilus – consisting in fighting beefed-up clones of famous bosses, of course, are also a nice diversion, but for a rather narrow audience. I am talking about solutions that can could boost the interest among fans.

Vicarious Visions has evidently opened up to "sacrilege" (or: tampering with the original), but tries to preserve the spirit at the same time. But that's actually good. I hope it will get the green light in form of one of the variants I am suggesting. After all, it would be fun to experience new adventures, even small ones, in the beloved game. To see something authentically fresh in it, places that we have not visited dozens of times before, monsters that we have not killed a thousand times, or stories that we don't know by heart. And really, making the inventory bigger wouldn't hurt anyone. Especially if we had more things to do and places to visit throughout the game.