Diablo Immortal's tech alpha is long behind us, but Blizzard decided to remind us about it in a new announcement. Game director Wyatt Cheng thanked fans for participating in them while announcing the start of the closed alpha of mobile Diablo. For now, it will only be available on Android to a few thousand Australian players, with testing expected to last longer than the tech alpha.

Closed alpha tests of Diablo Immortal brought with them a handful of new features. Diablo III's Crusader, a hybrid class combining magic and melee weapons, has appeared in the game. The devs also mentioned the necromancer, but for now, they want to test the gameplay with five classes. Will be able to test them, among other things, in the new areas (Mount Zavain and Frozen Tundra) and dungeon (Caves of Echoes). The maximum experience level will be increased from 45 to 55.

Blizzard also decided to introduce many activities designed for the final stage of the game. The most important of them can be found in the Cycle of Strife system, in which the players will take part in the conflict between Immortals and Shadows. The former will be the de facto elite, the guardians of the sanctuary chosen from among all the players on the server. The latter, on the other hand, are warriors who make sure the Immortals don't rot at their post but are also ready to take their place. By default, the players start as adventurers and can only join the Shadows. 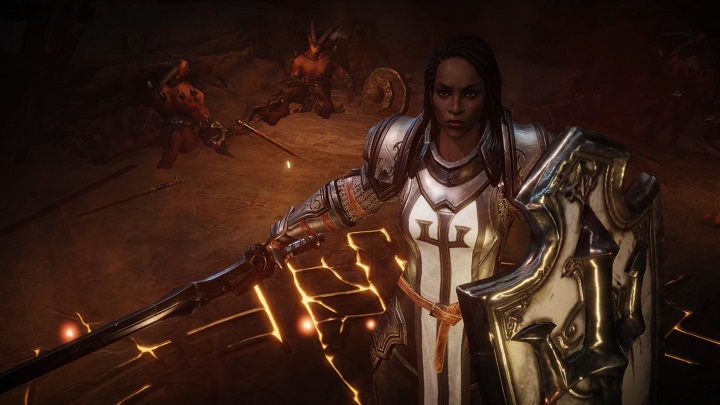 Both sides will offer unique quests. One of these, Raid the Crypt, will begin as a fight of Shadows against NPCs who are the guardians of the Immortal's treasures, but too long a presence of robbers can draw the attention of players from the opposing faction. As a result, the mission can turn into a PvP clash. On the other side of the barricade, heroes can try their hand at the Trial of Kion, a large raid involving 48 heroes. The characters are divided into 4 teams of 12 and must defeat 4 bosses in 30 minutes. The reward for victory is not only a powerful item but also a special blessing for all Immortals and adventurers on a given server. In the event of defeat, the enhancement is only granted to the Shadows.

The conflict culminates in the Rites of Exile - ten 8-on-8 clashes between Immortals and Shadows, which give the latter a chance to overthrow the current rulers and take their place. However, rivalries also exist within the factions themselves. The Shadows can form so-called Dark Houses and take on challenges to increase the prestige of their group so that it will be the one to fight in the Ritual of Exile. This is because only the top 10 (at least in testing) Dark Houses can field their representatives. Moreover, only one player can hold the Crown of Eternity. This powerful artifact gives the bearer special bonuses and enables them to bestow smaller Crowns of Immortality on his four followers. So the characters will fight for influence with both the opposing faction and their own allies. 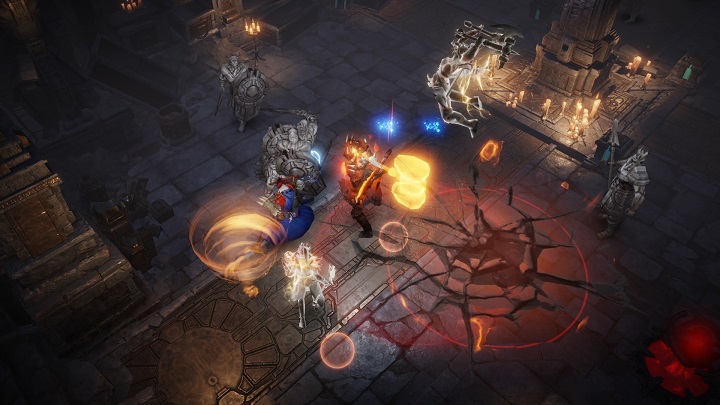 "Friendly" rivalry of Shadows and Immortals is the main attraction of the closed alpha.

Though extensive, the Conflict Cycle is just one of the endgame elements introduced in Diablo Immortal's closed alpha. The developers also discussed the Infernal Relic, which will be unlocked after completing the main story thread in Bilefen. It enables us to collect the remains of defeated demons to gain special powers. The relic can be upgraded to gain even greater benefits. However, before we can deposit the relics of demons in it, we must first defeat them. Each month a new boss will appear, and defeating them will require a lot of preparation and even help from other players.

Apart from these innovations, the closed alpha also brought with it, among other things, two abilities for the four available classes, a new master tree, legendary gems and items, and a trader enabling us to transfer the essence of the latter to new gear. So the test participants are unlikely to complain about lack of things to do. The question is when will all players be able to out check Diablo Immortal, because Blizzard still doesn't want to give even an approximate release date. Unfortunately, the same applies to the anticipated Diablo IV.

2020 Was the Second Best Year Ever for The Witcher 3