Logic Artists and Larian Studios announced that they had to stop working on their joint project, Divinity: Fallen Heroes. This tactical spin-off of the Divinity series was to debut in November this year. However, when developers officially presented it to the world in March, they didn't realize that "the game will need far greater development time and resources than are available now to bring it to fruition, in a fun and sustainable way.". As a result, the devs decided to stop the project and devote themselves to working on their individual projects. 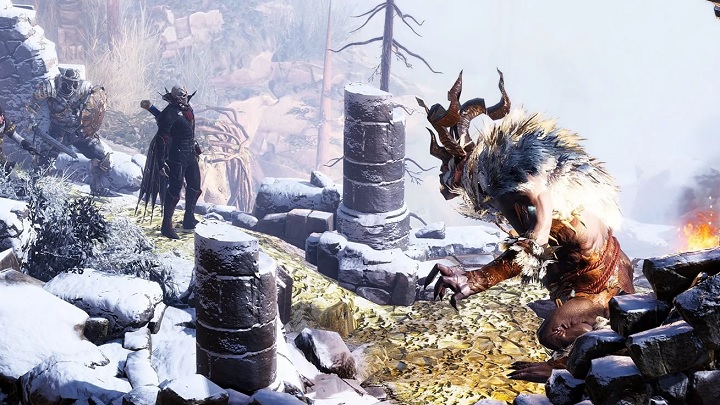 Although the work on Divinity: Fallen Heroes has been suspended, it is possible that we will hear about this production in the future.

It should be noted that the putting the project on hold does not equel cancellation. But if we ever hear of Divinity: Fallen Heroes, this moment is unlikely to come too soon. As the Larian Studios team writes:

Were sorry for the players excited for Fallen Heroes who will have to wait an unspecified period of time, but we strongly believe that bringing Fallen Heroes to fans should be done in a timeline that allows it to be developed soundly. We value the work that everyone has put in to Fallen Heroes, and though we lament its status as of now, we all agree that theres a great game in there that will sometime reach the players who await it.

What are the developers from both studios going to do now? While Logic Artists will focus on working on the third part of the Expeditions series and a representative of a brand new IP, Larian Studios will focus on the development of Baldur's Gate III; new information on the latter is to be released "soon".

Finally, it is worth noting that, although the two teams involved in the project have eventually parted ways, they remain on friendly terms. The team at Logic Artists writes that "It's been an incredible honour to work with Larian on their Divinity IP, and everyone at Logic Artists has been blown away by how helpful and welcoming Larian has been throughout the project. Developers from Larian Studios respond that as an independent studio, they "understand and appreciate the importance of investing in their own IP and their own future.