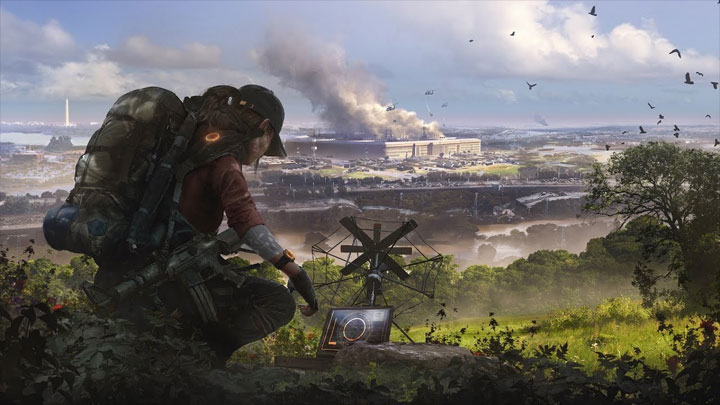 The update will be released this month.
EPISODE 2 INCLUDES:

This month will see the release of the second episode with new content for the online shooter Tom Clancy's The Division 2. Unfortunately, contrary to earlier announcements, it will not include the long-awaited raid.

There is only one raid available in the game at the moment, so the players were eagerly awaiting the debut of the second challenge of this type. However, the devs were unable to finish it on time in a sufficiently high quality, so they decided to postpone its release until later. Unfortunately, we don't know when we can expect it yet.

Let's remind that Episode 2 is called Pentagon: The Last Castle. Season pass owners will have access to the new content on October 15. Other players will join the game a week later, on October 22.

As the title suggests, Episode 2 will take players to the Pentagon, where they will face the forces of the Black Fang as they try to take control of a bioreactor that can produce a cure for what is known as the Green Poison. In the second mission we will face the same group, but this time the place of action will be DARPA laboratories.

Episode 2 will also offer a new specialization - a tech specialist armed with a rocket launcher, capable of tracking six targets simultaneously. PvP clashes will be enriched by Team Elimination mode and Wharf map set in an abandoned fishing harbour.

Tom Clancy's The Division 2 was released on March 15 on PC, PlayStation 4 and Xbox One. The game was warmly welcomed - the PC version has an average rating of 84% on Metacritic. If you're considering buying this production, then it's worth taking the opportunity to test the game, which will be provided by the upcoming free weekend, which will take place on October 17-20.